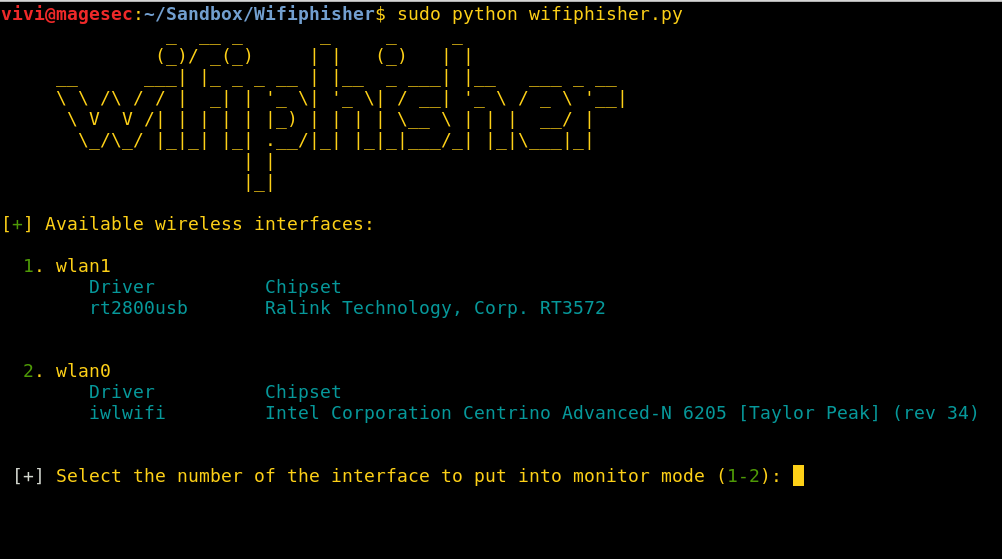 Wifiphisher is an open source framework that can be utilised for red team engagements for wireless networks through Man in the Middle attacks. The tool is capable of using the modern wifi association techniques, such as Known Beacons, KARMA, and Evil Twin. With the ‘Known Beacons’ technique, Wifiphisher broadcasts ESSIDs that are known to the audience. KARMA is a masquerading technique where Wifiphisher acts like a public network. Evil Twin is the most common technique where rogue access points are created. Moreover, the tool can also be used to launch phishing attacks for stealing social account credentials and payload injections against wifi clients.

Wifiphisher requires a wireless network adapter that must be capable of packet injection and support monitoring mode.  Wifiphisher is supported by Linux OS with Kali Linux as the officially supported distribution. The installation can be performed by cloning the tool from Github using the following command:

After cloning the tool, move to the Wifiphiser directory and run the installation file using the following command.

Wifiphisher can be launched with or without any parameters or options. To run the tool without setting any options, just type wifiphisher or python bin/wifiphisher in the terminal. The tool looks for the appropriate wifi interface and opens in a GUI mode as shown in the following screenshot. 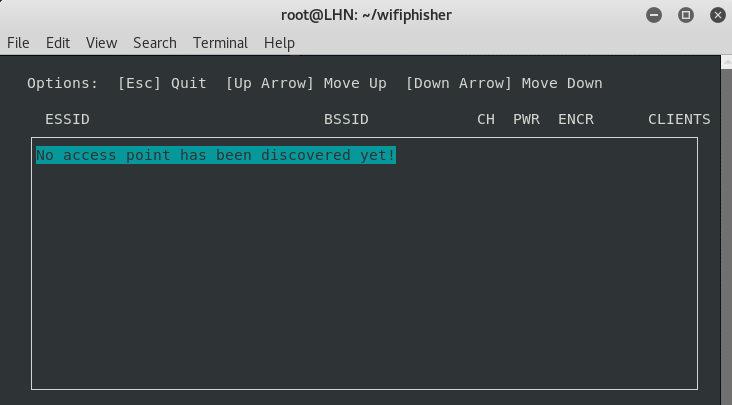 After the GUI interface is open, the tool searches for available wifi networks (ESSIDs) in the surrounding area. The target ESSID can be selected through the up/down arrow keys.

As mentioned earlier, the tool is capable of performing all the modern MITM WiFi attacks.  KARMA and Evil Twin are the default attack modes of Wifiphisher. The Evil Twin attack can be performed by running the tool with the following command options.

The above command uses wlan0 interface as a rogue access point where victims can connect. The wlan1 with –jI flag is used to launch a Denial of Service (DoS) attack. The DoS attack prevents users from connecting to the real access point. The firmware-upgrade option is displayed to the users to enter the wifi key to connect and upgrade the (fake) firmware. The handshake argument in the command verifies that the user provided key is authentic.

Wifiphisher is not limited to stealing WiFi credentials. It can be used to inject malicious code/malware into a victim’s machine using plugin-update scenario.

The above command sends a plugin update option to the ESSID named as Office_Wifi. The WiFi key (pre-shared key) is known to the attacker in this scenario. Victims who perform the plugin update task actually download malicious code in their machines. The code can be a malware or a shell that can provide remote access to the attacker. Similarly, Wifiphisher can also be used to steal social network credentials of the users.

The above command asks the users to connect to the Free wifi ESSID by entering their social account credentials like FB. 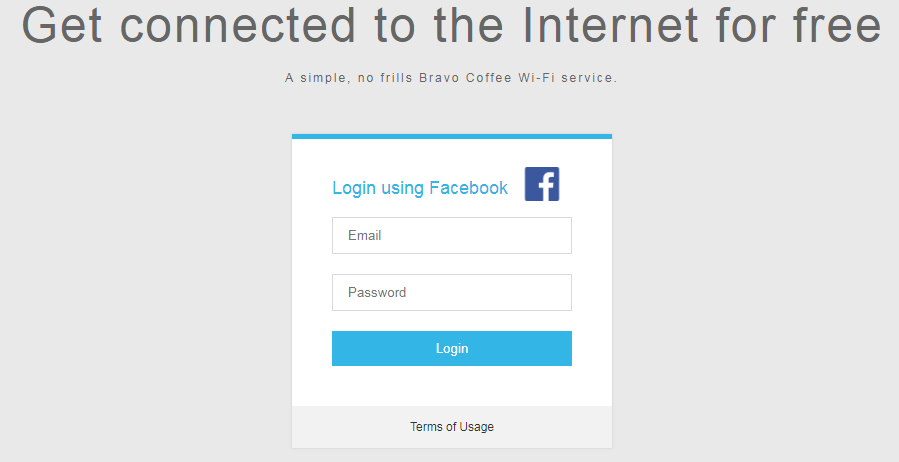 Wifiphisher is a powerful WiFi security audit framework that can assess the security of wireless networks as well as launch phishing attacks. As a result we will be awarding this tool a rating of 4.5 out of 5 bunnies.