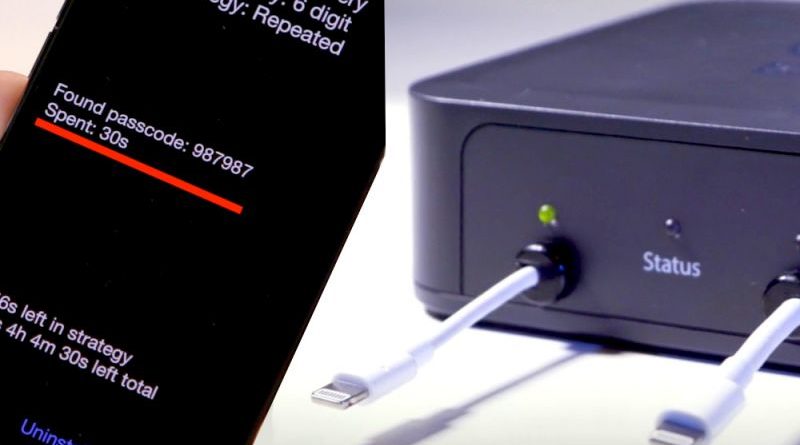 GrayKey technology gained significant popularity, particularly among the security officials, owing to its exceptional feature of cracking iPhone passcodes. While it helped Police in unlocking criminals’ phones, it created trouble for the public as well. Hence, Apple decided to eliminate the trouble from the root. In June, Apple announced the launch of USB restricted mode with iOS 12 to mitigate the tool. Now, as revealed recently, Apple blocks GrayKey technology entirely with the iOS 12 update.

After the exceptional efficiency of GrayKey for cracking iPhone passcodes became known, Apple stepped ahead to find out some mitigation for this tool. They introduced the USB restricted mode with the latest iOS 12. Yet, it wasn’t clear if the new feature has actually mitigated GrayKey. However, a few sources using the tool now confirm that the technology has failed cracking iOS passcodes lately. It seems the latest iOS 12 rolled out by Apple blocks GrayKey entirely.

Revealed first by Forbes, some sources confirm that GrayKey passcode hack tool has been failing to crack passcodes of iPhones running on iOS 12 or later versions. On these devices, GrayKey can only perform ‘partial extraction’ of the data. But the actual key feature of hacking passcodes does not seem to be working anymore.

GrayKey became popular among the masses owing to its incredible passcode bypass ability. It leveraged bruteforcing to predict a few digits of the device passcode, hence unlocking it without much hassle. One of the key reasons behind GrayKey’s efficiency is that it was one of the former engineers of Apple security who helped in building it.

Regardless of how efficient it was, the toll has now allegedly been mitigated by Apple. An officer from the Rochester Police Department told Forbes,

“That’s a fairly accurate assessment as to what we have experienced.”

“Give it time and I am sure a ‘workaround’ will be developed … and then the cycle will repeat. Someone is always building a better mousetrap, whether it’s Apple or someone trying to defeat device security.”

How Did Apple Do It?

At the moment, it isn’t clear as to how Apple managed to block GrayKey. Maybe we can give credits to the USB restricted mode, or perhaps, Apple utilised an additional methodology?. According to Vladimir Katalov, Elcomsoft’s chief forensic tech provider, and a long established discoverer of various Apple security vulnerabilities,

“No idea. It could be everything from better kernel protection to stronger configuration-profile installation restrictions.”

Presently, GrayKey can only help the forensic community to partially extract data from iOS 12 devices. This includes drawing unencrypted files and related metadata such as folder structures and file sizes.

Apple has perhaps made a bold move if it truly has blocked GrayKey. Nonetheless, one cannot stay relaxed as we already know of various other glitches in the iOS 12 that allow bypassing of passcodes.

Let us know your thoughts about this news in the comments section below.