Facebook and Google – both firms do not really hold a good reputation when it comes to users’ privacy. Both tech giants have been found actively involved in various data tracking and exfiltration activities. And, if both these platforms join hands, for instance, with Facebook’s Android app, then the end result may not be a satisfactory one. Nonetheless, Facebook now ensures better privacy for Android users. They have launched improved features for the users to manage Facebook background location control on their Android devices.

Recently, Facebook has announced the launch of improved location tracking features to empower Android users. Allegedly, the users can now manage the Facebook background location control. In simple words, Android-ers can now customize whether they want Facebook to track them when the app is not in use.

“With this update, you’ll have a dedicated way to choose whether or not to share your location when you aren’t using the app.” 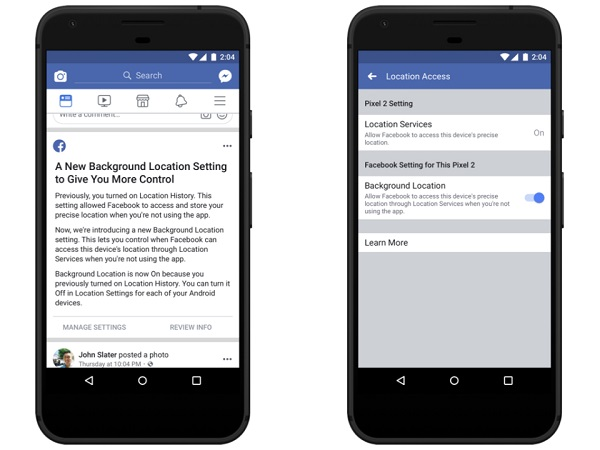 Regarding the change in settings, Facebook is sending alerts to those users who had enabled Location History.

“We’re alerting everyone using the Facebook app on an Android device who chose to turn on Location History in the past, letting them know about the new control, and asking them to take a moment to check that their settings are right for them.”

However, Facebook explained that the settings would remain unchanged for those who had previously turned off this feature.

“If you’ve never turned on Location History, you don’t have to do anything. We won’t turn either of these settings on unless you specifically tell us to.”

Besides, Facebook also plans to send alerts to iOS users as a reminder regarding these settings. Although, they confirm that the settings for Facebook for iOS app do not experience any change.

Hence, whether you are an Android or an iOS user, make sure to review your profile settings regarding Location History.

The Xfinity Hacks You Need To Know