Spaghetti is an Open Source web application scanner, it is designed to find various default and insecure files, configurations and misconfigurations. Spaghetti is built on python2.7 and can run on any platform which has a Python environment.

Some of its features include:

First, we have to clone the tool by typing the following command:

The once cloned, we change directory by typing the following command:

Then we install the requirements by typing the following command

Then we start spaghetti by typing the following command: 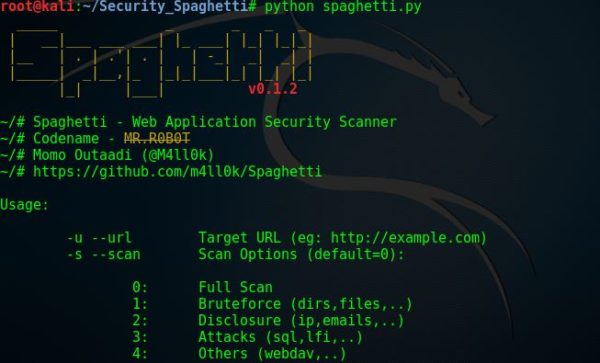 Then to use the tool against your target website, type the following command:

[Type the URL for which your client has given permission to pen test].

What Bunny Rating Does it Get

Spagetti is an effective tool for web application scanning. It can gather information as well as attack a web application. This is a powerful tool and ay be useful for a red team engagement, I award it a 4.5 out of 5 bunnies.