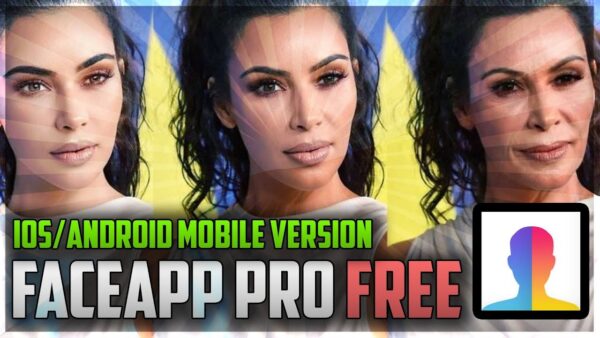 There would hardly be anyone of you reading this article right now who hasn’t heard of the FaceApp yet. This Russian photo-editing application took the internet by storm, particularly after introducing age-filter. The idea of  how  one would look in their 60’s or 70’s fascinated many. Hackers jumped on the bandwagon and grabbed the opportunity to fool users by offering a free ‘FaceApp Pro’.

Researchers from ESET have spotted numerous scams exploiting the fame of the popular app ‘FaceApp’. These scams allegedly claim to offer the premium ‘FaceApp Pro’ version of the app for FREE.

As already known, the legit FaceApp is predominantly a free photo-editing application. However, it also offers some premium filters labelled as ‘PRO’. To use these filters, the users have to switch their app subscription to the paid one. Known as ‘FaceApp PRO’, it isn’t a separate app, rather a mere premium subscription to an otherwise free app. 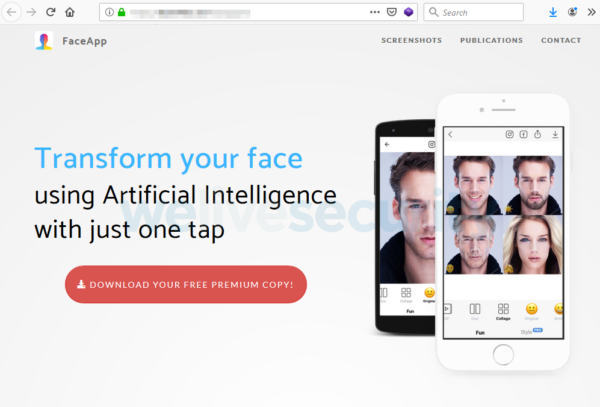 However, the scams tend to lure users by offering the PRO version of this app for FREE. The researchers noticed that the site required the users to go through various offers to install the app. As stated in their blog post,

The scammers trick their victims into clicking through countless offers for installing other paid apps and subscriptions, ads, surveys, and so on.

The fraud then continues as the user is barraged with lots of notifications for various fraudulent offers. Whereas, the entire effort ultimately led users to download the same free version of FaceApp already available. However, the app they actually downloaded came from a third-party website instead of Google Play Store. This makes users massively vulnerable to downloading fake malicious apps.

Instead of using Google Play as the source, the app was downloaded from a popular file-sharing service (mediafire.com). This means users could easily end up downloading malware if that was the attackers’ intention.

The scam is not only limited to websites but also YouTube. The researchers could see various videos promoting fake links to download free FaceApp PRO. 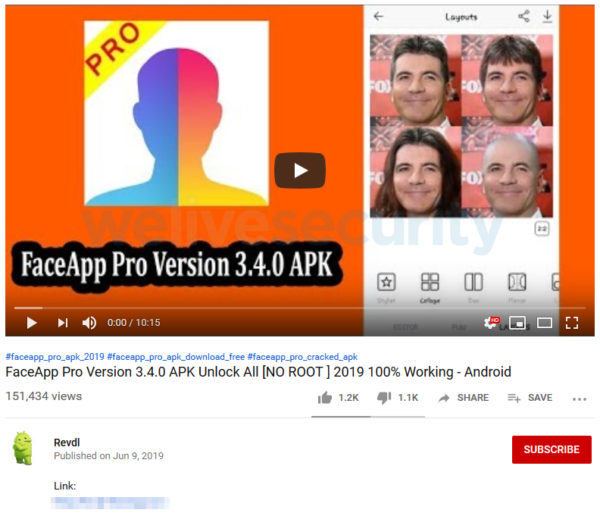 Since many users of free apps don’t purchase premium versions, they often get scammed whenever they see someone offering a premium copy for free. The ‘free FaceApp PRO’ scams are just another example of how the scammers love to exploit the curiosity and passion of users. While it is always difficult to control such scams, users can easily protect themselves by staying vigilant. As for ‘FaceApp PRO’, no such app exists with this name. FaceApp PRO is simply a premium subscription of the same app that you use. You only unlock a few more filters with a paid subscription. You can never actually download the entire premium version as a separate app unless it is a scam!