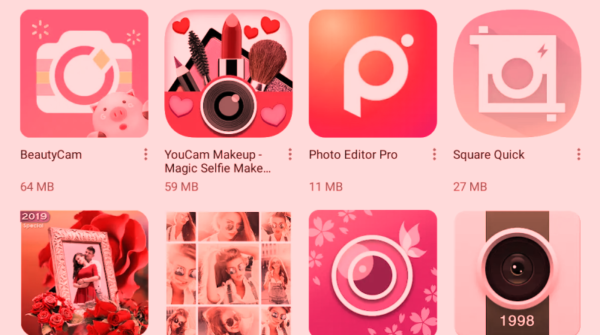 Reportedly, team CyberNews has caught numerous Android camera apps spying on users. These apps also include some popular beauty-filter applications with a large number of downloads as well.

As elaborated in their blog post, these apps that apparently provide fun to the users, secretly scrape their data. Consequently, the developers behind these apps use this data for monetization.

In brief, they noticed around 30 of the most popular camera apps with millions of downloads, seemingly belonging to the same or similar developers, involved in spying activities. As discovered, these apps seek dangerous permissions to access unnecessary details. These include access to contacts, GPS location, coarse location, and access to read and write files on the device, apart from the anticipated permissions to access camera and microphone.

How The Apps Abuse Exfiltrated Data

The main purpose of all the data exfiltration through these apps is for monetary gain. The more data these developers gather from the users, the more money they will make.

As explained by the CyberNews,

Location-sharing agreements between app developers and app brokers – where apps can send your GPS coordinates up to 14,000 times per day – can bring in a lot of revenue. With just 1,000 users, app developers can get $4/month. If they have 1 million active users, they can get $4,000/month.

Doing a little math reveals that a popular app boasting, for instance, 10 million users, can even make $80,000 per month. Albeit, the apps in the study boast an even larger number of users.

Moreover, this mode of income is simply in addition to the conventional activity of displaying ads, something to which many users are now immune.

The researchers reiterate practicing caution for the safety of the users’ privacy.

These are non-essential apps that seem to be quite risky. Therefore, we recommend that you practice caution on deciding whether or not to download these apps at all.

Check out these most reliable spying apps for iPhone and Android which will help you monitor any phone without knowing on users.

Citrix Are Finally Patching The Critical Vulnerability Under Active Exploit

Chameleon Attack Can Manipulate Your ‘Likes’ On Social Media