Is Your E-Cig a Security Risk? 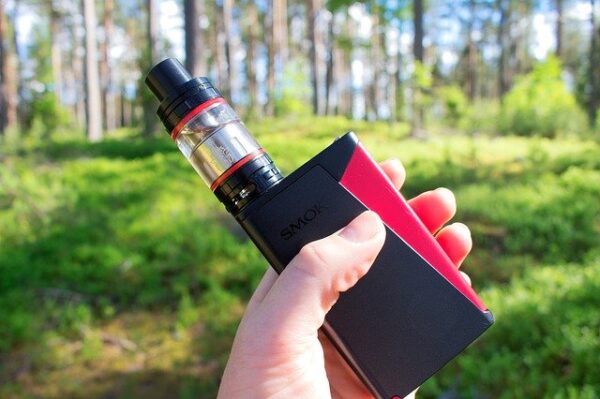 Some people have even argued that their use can help people quit smoking traditional cigarettes. Manufacturers have also marketed their electronic cigarettes as healthier alternatives to traditional smoking because their use does not involve combustion. Thus, no smoke is produced when a person uses these devices. As such, they can be used to eliminate the adverse effects of cigarette smoke on human health.

However, many people have doubted this argument following the revelation that a vape pen (https://vapingdaily.com/best-vape-pens/) can be used by hackers to access and hack computers. It is one of the latest modifications to the initial electronic cigarette. This device is compact and stylish. People are using modern electronic cigarettes, even in public places without being noticed. But, the revelation that the device that a person uses as a tool for quitting smoking can be used to steal essential data from their computer has sparked a heated debate in modern society.

How an E-Cig can be a Security Risk

Most vape pens are chargeable devices. Users can charge them through a USB cable or by plugging them directly into their computers’ USB ports. Using a charging cable to charge an electronic cigarette seems like an innocent act to most people.

However, security researchers have warned that though this act may seem innocent and straightforward, it can compromise a computer. A hacker needs to make a few simple tweaks to the device and use it to hack into a computer.

According to Ross Bevington, a security researcher, the concept entails the use of a vaping device to fool a computer to think that it is just a peripheral like a keyboard that is being used. It can also interfere with the network traffic of a computer. As such, a person may seem to use your computer to charge their vaping device, yet they are hacking into your device.

The Concept of Using an E-Cig to Hack a Computer

Mark James, an ESET security specialist, notes that hackers are continually looking for the next opportunity to present itself so that they can dupe unsuspecting individuals. Research has shown that the use and awareness of electronic cigarettes have grown exponentially over recent years. Currently, millions of people from all parts of the world are using electronic cigarettes.

The popularity of electronic cigarettes can partly be attributed to the fact that their manufacturers market them as less harmful smoking alternatives. However, hackers can take advantage of their popularity to hack into the computers of unsuspecting individuals.

People use USB dongles to charge vaping devices. As such, it’s relatively easy for hackers to include additional hardware into a charger to allow for communication with an endpoint device. Once this has been done, the machine can easily be compromised. Malware can also be downloaded directly to a computer.

A person with the best vape pen will mostly use their desktop or laptop to charge it. That means the device is already authenticated after logging in. As such, there are higher chances that malware can succeed in this state.

Using an E-Cig as a Peripheral Device

Adam Brown, a Security Solutions manager at Synopsys, notes that a research paper published by the University of Michigan and the University of Illinois showed that a hacker could drop a USB stick with malware on it deliberately. According to this paper, there is a 50% chance that the device would be picked by another person and plugged into another computer.

Potentially, a vaping device that a person gives away can end up being plugged into their computer when charging. Therefore, it can be used as a useful device by a hacker to target a specific computer or its owner.

How to Avoid the E-Cig Security Risk

Just like with other peripheral devices, vapers can protect themselves from the security risk that is associated with electronic cigarettes. According to Mark James, a vaper can take several precautionary measures to avoid being a victim of this form of attack. For instance, a vape can use a power adapter when charging vaping devices. They can also use their computers to charge the device when logged out only.

What’s more, using the latest or updating the operating system that is fully patched can help. It’s also wise to use a multi-layered, updated internet security product. It makes catching potential infections before they attempt to get into a computer quickly. Additionally, experts recommend avoiding third-party charging dongles when a person loses or breaks the supplied one.

Taking such measures can ensure that even the best vape pen for e liquid won’t be used to hack into a computer or a laptop. Essentially, simple security measures can be all you need to protect yourself from the risk of having your computer or laptop hacked using an electronic cigarette.

According to the Centers for Disease Control and Prevention, 2.8% of all adults or about 6.9 million individuals were using electronic cigarettes in 2019. These figures are increasing as more people become aware of vaping, and more products are introduced into the market. More people are also switching from traditional smoking to vaping, thinking that the habit is a safer alternative.

However, many people don’t know the risks associated with vaping. Although some people are concerned about the potential health effects of vaping, they are not aware of the security risk of e-cigarettes. Nevertheless, research has shown that vaping devices can be used to hack into the computers of unsuspecting individuals, just like other peripheral devices. Taking precautionary measures, however, can help you avoid becoming a victim of this security risk.