4 Common Hacks That Are Prevented With a VPN 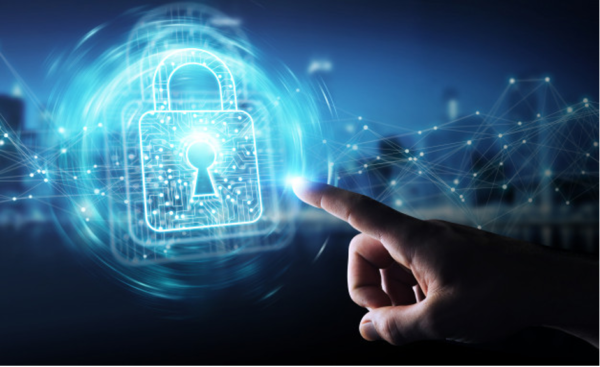 It’s estimated that cybercrime will cost the world $6 trillion by 2021. The losses attributed to cybercrime manifest themselves in various ways, including costs incurred due to high-profile data leaks, theft of intellectual property, and even losses in productivity.

In fact, the recent rise in cybercrime is being labeled as the greatest transfer of economic wealth in history, albeit a rather nefarious one. While the potential dangers to companies are high, it’s important to remember that every day people are also at risk of hacking attacks.

In 2019, around 1 in 15 people became victims of identity fraud due to personal data hacks. That’s 14.4 million people in the USA alone. Once a hacker has your data, they can use it against you in various ways, including stealing your money, ruining your credit score, hijacking usernames and passwords, and in the worst-case scenarios, blackmail, and extortion.

How a VPN can help

As with anything, it’s important to put preventative measures in place to stop your information from falling into the wrong hands. Fortunately, you are not defenseless in the fight against cybercrime as there are a few basic steps you can take to bolster your online security and protect your privacy.

One of the easiest and most effective ways to do this is by running a high-quality online VPN on all of your devices. Yep, this means your mobile, tablets, laptops, and desktops.

The majority of hacking attacks are thwarted with the mighty VPN, thanks to the added layer of encryption it adds to your internet activity. The VPN works by creating an encrypted tunnel between your device and your chosen VPN server. This masks your IP address, making your location invisible, and scrambles the data you send and receive over the internet.

In Layman’s terms, a VPN gives you complete anonymity while using the internet and makes it almost impossible for hackers to access your data, even when using public wifi. Here’s how it protects you from some of the most common attacks.

1 – Man in the middle attacks

Even if you are connected to a networked that’s compromised by a man in the middle attacker, a VPN will encrypt all of the data you send and receive, which means they won’t be able to decipher any of the information they intercept.

This method involves a rogue WIFI hotspot being set up by the hacker in an attempt to fool their victims into connecting their device to it. An evil twin hack is essentially a phishing attack, as the hacker attempts to impersonate a trusted source to trick you into willingly handing over your data.

These attacks are most commonly carried out at public wifi hotspots such as coffee shops, airports, and co-working spaces.

Once again, a VPN encrypts all of your communication, making it virtually impossible for them to steal your information. However, the best protection against these kinds of attacks is to exercise caution in public places and always double-check the validity of the network you are connecting to.

Sniffing software is easily attainable on the internet for free, and there are even YouTube videos teaching would-be hackers how to use them in order to steal your information. This is precisely what makes them one of the most popular forms of hacking around today.

Hackers connect the sniffing software to a public wifi network and attempt to gather, collect, and log data packets transmitted over the network. They can then analyze the packets and extract any confidential data found inside.

Hackers cannot decipher the intercepted data as it’s encrypted. The only way to prevent packet sniffing is by using a VPN on your device or totally avoiding public networks altogether.

You may have noticed the other mentions in our list all involve hacking attacks over public wifi, so why would you use a VPN while at home? Well, if you have smart home technology, you may want to sit up and pay attention to this one.

These days people have internet-connected devices all around the house: Alexa speakers, webcams, baby monitors, garage doors, and outdoor surveillance cameras. In fact, there are an estimated 44.7 million smart homes in the US alone, making them a big target for hackers.

You can imagine the horror stories when one of these devices gets hacked—the thought of someone eavesdropping or watching you while at home will send shivers down anyone’s spine.

To make matters worse, there is a rising concern of pranksters conducting swatting attacks by hacking smart devices in people’s homes.

In order to protect your and your family’s privacy, you should install your VPN directly on your WIFI router. This means that any device connected to the network will be protected from the VPN server encryption. This makes it impossible for hackers to view any intercepted data.

In short, most hacking attacks all fall under the same premise. They attempt to intercept or steal your online data in some way, shape, or form. A VPN is so effective against these methods because it provides a high level of encryption to your online browsing, making it virtually impossible for the hacker to read your data.

Additionally, other than protecting yourself from attacks, using a VPN comes with many other benefits such as unblocking geo-restrictions, masking your location/IP address, removing censorship, and preventing your internet service provider and government snooping on your browsing activity.

If you’re concerned about your online privacy, it’s an absolute no-brainer.

WhatsApp vs Telegram vs Signal – Which One Is More Secure?