Around the world technology used for surveillance is expanding and developing at a rapid rate. The reasons for employing this type of technology varies from country to country, and from private to public entities. The one thing that is for certain is that computers are running the show. This type of technology is known as artificial intelligence (AI) and in 2020, it is the most advanced means of monitoring activity in a surveillance capacity. What used to be a task manned by man has now become so sophisticated and technical, that computers seem to be doing a better, more reliable job.

What Is Surveillance Technology?

Surveillance technology is a way of monitoring and identifying people on both small and large scale levels. It can be used for security reasons and/or recognize individuals in the way of tracking and tracing. It is used by both private and public sectors around the world and the technology it utilizes is cutting-edge and smart, especially with what is available on the market in 2021.

Why Use Computers Not Man?

There are several reasons why unmanned surveillance is being used globally. The types of cameras in this category are most typically stationary and positioned at a raised angle like you might find overlooking a street corner, or above a private property courtyard. The other type of unmanned surveillance frequently used are drones. These are sometimes referred to as unmanned aircraft systems (UAS). The available advanced UAS-based solutions are plenty with a wide selection of different aircraft types to suit your surveillance needs. These unmanned camera systems have become increasingly popular due to several advantages. The benefits include that these systems do not have the risk of human error and do not rely on a person’s capacity. UAS are also often employed as a matter of cost and effectiveness, especially for large scale operations where a heavy surveillance presence is needed.

In areas where there is ongoing conflict present, having an unmanned surveillance system means the risk of danger to the pilot and crew is eliminated. This is a particular advantage for countries and organizations that monitor areas where aid is needed. In doing so, they will also be able to deliver medicines, supplies, and other survival goods to vulnerable populations. Since drones not only have a surveillance function, but they can be used for item delivery too. If you are interested in learning more about the many conflict-affected areas around the world and the plans in place to assist, you can read up here.

Humans have limits such as the need to rest and take breaks from arduous duty. There are only so many uninterrupted hours that are safe (never mind legal) for a person to work without pause. For more on labour laws, check out the International Labour Organization’s site. The benefit of surveillance operated by computers is that they can perform work that exceeds safe human capacity. Therefore, you can have round-the-clock surveillance to keep an eye on anything from private security to public walkways at nighttime. A person is also ‘limited’ in that they can only be in one place at one time. Computerized surveillance technology eliminates this concern as it means there is a constant camera presence observing the happenings of the area of concern.

The other benefit and advantage of having unmanned surveillance is the wide area of surface area that can be covered. If you think of large areas such as national parks that require 24/7 coverage. This is because of the need to curb the poaching crisis in these areas. Some of these spaces can be up to 100,000 hectares in size. With the size and level of manpower needed, the costs are going to be exorbitant. Which is not a reality for many poorer countries and fund-limited conservation groups. Hence it is clear how unmanned surveillance technology is going to be a more economical and effective choice. 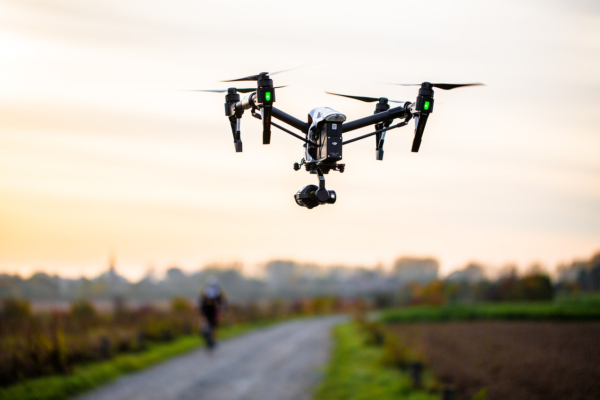 Surveillance technology in 2021 no longer requires the same level of man presence as it once did, with more and more operations moving to unmanned systems. Both private and public entities are seeking solutions that do not carry the risks associated with employing people to do dangerous, intensive work. This type of technology also helps to alleviate some of the heavy costs and logistics that come with monitoring large-scale premises. It is for these reasons that computer-operated surveillance systems are being seen as more reliable than those powered by man.

3 Challenges of Penetration Testing and How to Solve Them

Taking Steps to Secure your Application in 2021

How to Choose the Right EHS Management Software

Why You Should Run Your WordPress Site On...

How Technology is Important to Your Business

3 Reasons to Use Manual Testing Alongside Automation...

Every penny matters: Why SMBs should prioritise investing...