How Your Business Should Respond to Digital Transformation Cyberwar 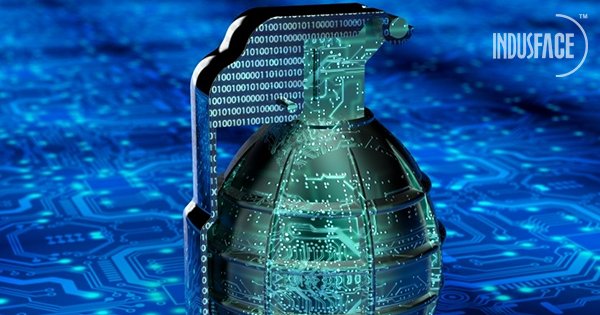 With internet connectivity and digitization spreading to all sectors of businesses and even our routine life, security and peace have changed massively. Cyberwar has come to every office and home, public transportation, industrial control system, personal vehicles, and every aspect of a countries’ digital and physical infrastructure.

“War is no longer declared” – Austrian poet Ingeborg Bachmann. Cyberwar is moving from this line of poetry to realism.

50% of technology executives who participated in the CNBC survey believe that state-sponsored cyber war is the most dangerous risk to their organization or company.

The nature of the battles has changed now. Nations or states hide behind anonymous hackers’ groups, which are hard to pin down and their motives combined into those cybercriminals are moving beyond money.  Moreover, today web services, software systems, APIs, and the IoT have built complex interconnected ecosystems, every cybersecurity incident resulting in ripple effects and spread across several geographical locations.

For example, the recent significant and sophisticated breach, Solarwinds, which are unknown to the public can open the door for national crises since the services of this network management vendor are used by several public and private entities.

The term cyberwar refers to the act of aggression, dedicated through a digital network, aimed to cause damage to civilian or military targets to force a nation to refrain from acting. Nearly every system we use today is interconnected in some way by the internet hence every aspect of our lives could be exposed to cyberwar at some point.

There are lots of grim cyberwar examples available: One-day stock prices begin going wild as attackers change the data flow of the stock exchange. The next data, you can’t travel anywhere because all the traffic lights are jammed with red.

Are We Connected in A Cyberwar?

The most popular cyberattack we know was Stuxnet, executed against Iran. Stuxnet is a computer worm, was initially known as malicious code, but caused real-world damage. Similarly, another example of a warlike cyber incident is the NotPetya attack on Ukraine. This attack seemed to be a complex ransomware attack; however, it went directly to affect systems and delete data instead of threatening to erase critical data unless the ransom was paid. Most researchers are seeing this malware as a weapon of cyberwar.

Intellectual property theft in the US and 2007 cyberattacks against Estonia are other famous examples, which persist in the cyberwarfare conversion.

While all those instances may appear minor when compared to usual warfare, they’re signals of a devastating shift in countries’ cyber-statecraft.

According to the Ponemon report, 82% of respondents think their business experienced at least one security breach due to the digital transformation.

It becomes problematic for the security professional to detect all vulnerabilities and track all threats. Once the bad actors gain access to a system, there is more potential for them to spread across the company’s network.

If your business becomes more data-driven, automated, future-proof, and finally a digital business, then the digital part of your business must be shielded as a vital asset.

Indusface WAF, AppTrana not only compiled with security frameworks, but also shares real-time intelligence and prepares appropriate responses to detected threats. It also applies behavioral analytics to anticipate security risks and block them before they happen.

Just think of the multitude of on-premise and on-cloud applications, which keep your business online.  Any one of them compromised can lead to a series of security incidents. While you continue to battle for the customer and market share, you should also fight for better security standards. Your business shouldn’t be valued only for your revenue and growth, but also for the protection of the infrastructure and data.

How to Automate Security Scanning for Greater Efficiency