A brief history of cryptography 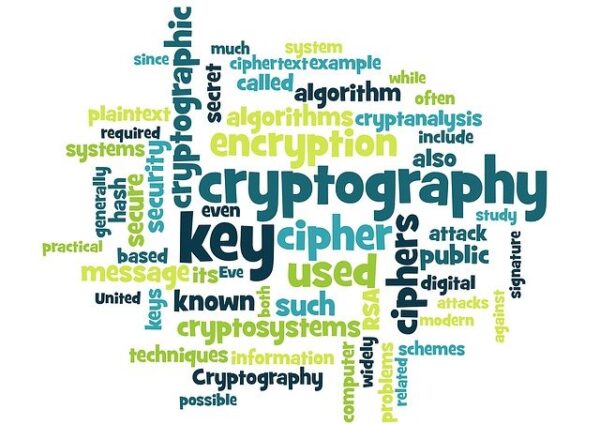 Every year, cryptography gradually penetrates our lives: Wi-Fi, digital television, instant messengers, electronic passes and online banking are just a small part of the huge list of services in which encryption is now used.

Just like the dark web, cryptography has its secrets. It is the innovation that benefited society in more ways than one. In this article, we will look at how and why cryptography is important in detail. Stay tuned!

Encryption is the process of converting data into a code that requires a key to be read. A simple example would be the encryption of letters with numbers; however, modern cryptography uses far more sophisticated techniques.

There are various cryptography tricks that ensure the security of transmissions: symmetric and asymmetric cryptographic encryption, hashing, timestamping, digital signatures, etc. Some of these features are now actively used in the crypto industry. But how does encryption fit into your life? Let’s explore.

The process of encrypting data as we know it today can be traced back to Bailey Whitfield “Whit” Diffie. In 1976, Diffie invented public key cryptographic encryption. Alongside Martin Hellman, the cybersecurity expert made encryption accessible to everybody by creating the Diffie–Hellman key exchange.

This is a method that exchanges public and private keys and enables two sides to communicate privately over the Internet. Two parties communicating through public channels can share a piece of information and use symmetric cryptography to encrypt it.

The rise of a genius

Diffie was born in Washington, DC. He received a B.S. in Mathematics from MIT and worked as a research assistant at the M.I.T.R.E. Corporation and as a research programmer at the Stanford AI lab before going into individual R&D and creating the famous Diffie–Hellman algorithm.

Before the 1970s, government bodies like the NSA controlled the monopoly of cryptographic technology, but Whit Diffie managed to make it available to the public. He solved the key distribution problem together with engineer Martin Hellman. The finding was similar to discovering the atomic bomb at the time, as it opened a whole new era of security for everyone.

Whit Diffie was awarded an honorary doctoral degree from the Swiss Institute of Technology in 1992, and in 2008 he received a doctorate from Royal Holloway. In 2015, he won the Turin Award for advances in his field, which is widely regarded as the highest award in the field of computer science. He also holds many other awards, including the Golden Jubilee Award.

How is Bitcoin related to cryptography?

Bitcoin and many other cryptocurrencies are related to cryptographic science in numerous ways. Bitcoin in particular uses three different encryption technologies to ensure its transactions are private.

The first method is called Symmetric Encryption Cryptography and is used for encrypting, transmitting, and decrypting messages. It uses a key to secure the conversation between two parties communicating over a public channel. It is similar to a radio, except that cryptography uses keys and algorithms to make the message available only to the intended receiver.

The third method is hashing, which is the cryptographic method of converting large amounts of data into short values. These are difficult to copy and counterfeit.

In what areas is cryptography used today?

Cryptographic science is used in e-commerce, digital file management and telecommunications. For example, cryptography is applied to securing passwords on multiple websites and networks. Other uses of encryption are banking transactions and computer passwords. Both areas are highly sensitive and require the utmost security when dealing with money and personal data.

Another use of cryptography is timestamping. This is a method of certifying that a certain electronic document was created or delivered at a specific point in time. Timestamping uses an encryption technique called a blind signature scheme. This scheme is used in patents and copyright — it allows the sender to make sure the recipient signs the document before they see the contents.

Cryptography is an immensely important security protocol that is used in everyday situations. Without it, we couldn’t secure our personal information and money transfers. Thanks to Whit Diffie and his invention, we now have the ability to safely transfer information to anyone, anytime.