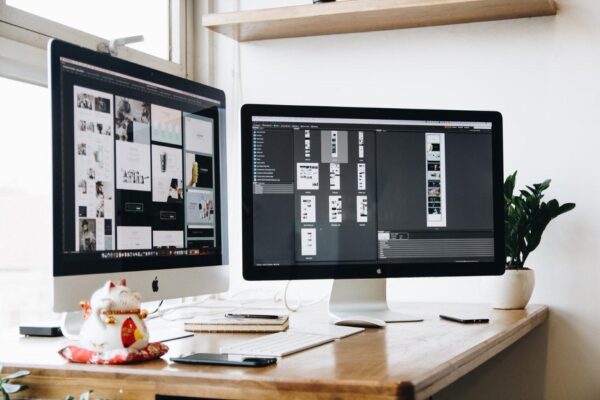 Although not at supersonic speed, the changes the world experiences in the digital environment multiply, and security needs to keep up to protect web apps and APIs.

So much is happening online, and organizations cannot rely on standard tools as they were not created for a decentralized enterprise:

As enterprises rapidly move to decentralization, the need for a consolidated approach to secure web applications and APIs becomes more apparent. But the hard truth is that enterprises are busily modernizing, but their security programs are lagging.

Why do enterprises need a consolidated security approach?

Web apps need the APIs to connect the user-facing side of a website to its back end, where all the site’s data and functionalities reside. This relationship shows how important APIs are to web apps. However, it also indicates that the two are different. And their differences can cause serious security problems.

In the past, enterprises were only concerned with defending one big web application. Thus, for a given transaction, there was only one request to a server, for example. But in today’s environment, there could be several requests to a wide range of microservices within seconds. Thus, you have to protect several small web applications, each one with its own structure.

According to security experts, most of the web application and API protection (WAAP) security tools were designed for an older era. However, most people forget that cyber thugs are also developers, and the constraints of legacy solutions do not hamper them. Instead, they use modern workflows and tools to build and push new cyber threats. It’s the reality that everyone must accept.

More enterprises are into digital transformation, which comes with the introduction of new technologies. But these enterprises often have older apps that are not suitable for decentralized enterprises. Likewise, there are new requirements to secure web apps and APIs, whether on-site, operating on the edge, or residing in the cloud. Therefore, security teams need to protect both the legacy apps and the more modern apps and APIs. Following the guidelines for acquiring new WAAP tools can improve your security protocols.

Instead of focusing on signature-based tools that will fight particular threats, such as those used for hacking SolarWinds, security teams should look for an intelligent web application and API security tool that can examine the traffic’s signature and its behavior or intent. These could be based on various factors such as user login status, the time of day, and the speed of the request. The modern WAAP security tools should go beyond the capabilities of some of the legacy WAFs that only look for cross-site scripting or SQL injections. The security tools should be capable of monitoring and blocking malicious threats in real-time.

Usability feature is a must

Choose a security solution that will work well with legacy and modern apps. The tool should be able to integrate, observe, and take action when needed. It should only have one easy-to-use, intuitive interface that provides control and visibility to the entire security tool. The provider should build a tool that offers integration and automation by default, with real-time logs and statistics. Finally, it should be able to integrate with other apps and the entire DevOps toolchain, as time is of the essence when there’s a threat.

Developers build various software, including security tools and malware. Therefore attackers can employ advanced programs to attack enterprises. The best defense is to have a security solution that reacts faster than the speed of the attack.

Attackers use different tools when hacking enterprises. They use one, but if it fails, they still have several other methods. To counter the threats, your WAAP solution should have real-time visibility for both manual and automated workflows, which will allow the system to examine the threat and enable the operators to react to alerts that need human intervention to control the situation.

Speed of control or response to the threat is critical. But aside from the speed, the security tool should see and interpret traffic in real-time and deploy new security rules to counter the changing threats.

Boosting the capability of traditional WAF

Given the various threats web apps and APIs face today, traditional WAFs have struggled to provide protection. The answer that security experts think can mitigate the evolving cyber threats is the new application security: a web application and API protection.

As more people use websites and apps, more site requests expose APIs that provide users with a richer experience while using an application. APIs are now critical business tools, which hackers recognize and include in their list of systems to attack. With the more significant threats, traditional web application firewalls fall behind, incapable of addressing the larger attack surface of modern web apps. WAF solutions typically protect against the usual OWASP Top 10 attacks. Still, given the sophistication of cyberattacks today, WAF is not enough for an enterprise to fulfill the compliance requirements for website security.

Modern enterprises need a security platform that integrates WAAP functionality with analysis, management, and orchestration interface. At the same time, the platform should likewise include API security controls that can be strategically distributed for each exposed API in any environment while ensuring protection for legacy applications. Finally, the most effective WAAP platform should be quick to deploy to stop the threats before they can penetrate your system and reach your applications.