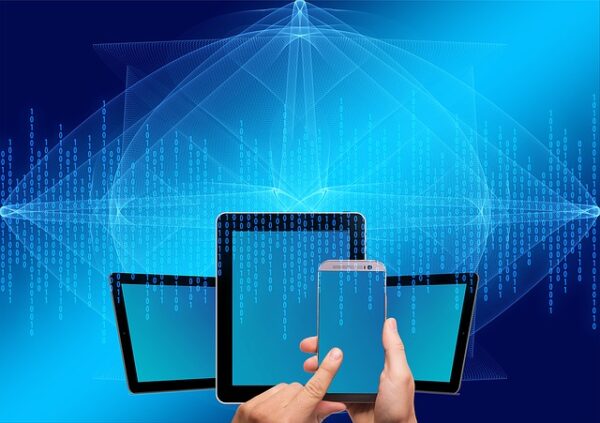 Computer peripherals are a wide array of devices that allow computers to interact with the outside world. They come in different shapes and sizes, from mice and keyboards to scanners and printers. Encoders are parts inside computer peripherals that convert input data into digital signals, an input-output device. There are many types of encoders:

These two types of encoders work alike but have different features which can help you decide which one meets your needs more than anything else.

In a linear encoder, there are ahead of many sensitive transducers, which are used to convert rotary motion into a series of digital signals that the computer can understand. The head is usually a magnetic or optical transducer that can be placed at an angle, usually around 30-45 degrees from the axis of rotation. As this head moves, it will push against something which will move at a constant speed. In other words, the encoder has an attached to it, which moves as quickly as the encoder does. This attached device moves through a scale with holes in it so that only one sensor from the attached device could be blocked by each hole. Therefore, a set of holes with a single hole blocked will equal one revolution.

To use a linear encoder to control a motor, its transducers must have the same number of teeth as the gear’s tooth count. If the tooth count is 10 and the transducers have 10 holes (one-hole per tooth), then ten revolutions of the motor will correspond to one rotation of the encoder head.

The biggest advantage to using this type of encoder is that it can be used with any gear and not just gears with this particular number of teeth and holes.

A rotary encoder is a mechanical device that has a spindle with a series of gears. When the encoder shaft rotates, it will push against a unique magnetic ring that is separate from the shafts. In order for the encoder to turn, it must be able to rotate around its axis in one direction. The rotation of the system must be able to identify what type of motion occurred by comparing its distance from this unique magnetic ring’s location in relation to itself. This type of mechanism is not dependent on speed and can only tell if there was a change in distance between itself and this specific magnetic ring.

A quadrature encoder usually comes in two parts called quadrature wheels or discs. These two discs are placed on either side of the axis, which they are trying to measure motion for. The output signal consists of both signals from these two transducers, which will give full information about motion direction and speed. This type of encoder has two signals, 180 degrees out of phase. Therefore, when both signals are combined, it can determine which direction the shaft is spinning. When the shaft is not rotating, the two signals will line up.

This type of encoder can be designed to measure around 4 million counts per revolution of the shaft that it is attached to. It uses two signals that are out of phase with one another in order to determine direction and speed of motion. This type of encoder is good for applications where precise measurement is needed, and its use allows for systems to be easily scaled or designed around their features.

In an angle encoder, the encoder disc is placed perpendicular to the axis of rotation. This allows for full measurement of a single degree of motion each time that it is turned by one full turn. It is often used in systems that need to measure very small movements, and its features allow it to be easily scaled. These angles can also be recorded and easily converted to linear distances, which can be easily added or subtracted from on the field. The output comes as a pair of quadrature signals arranged as 90-degree out-of-phase sine-cosine pairs, which are then processed into a six-bit digital word by an Analog-to-digital converter (ADC).

Incremental encoders encode movement and output an incremental signal (the difference between the current and last position) which makes it easy to determine distance and direction. It is also possible to reverse this type of encoding since incremental can be treated as absolute signals but with a limited output range.

This encoder is used in many different applications, such as automotive and construction equipment. Its features make it ideal for use in crane and hoist controls and combinations, direction indicators, and speed limiters. There are several types of these:

This type of sensor outputs a pulse when it senses a change in a magnetic field. Its output is proportional to the rate of change of the magnetic field strength, making it easy to measure its position based on magnetic fields such as those from large magnets. The output is an analog signal that can be used to drive stepper motors or brushless DC motors. It can also be used to generate time pulses that could then be used for synchronization purposes.

This type of encoder can be used in any mechanical system that requires a position sensor. It differs from a traditional encoder in the way that it does not contain an axis for rotation or a shaft. The sensor uses a very small magnetic means, such as a fluxgate magnetometer chip, to change shape and detect the magnetic field. In this case, there is no need for gears or drive mechanisms because the magnetic field changes with position instead of providing motion.

In order to sense the direction of rotation, this type of sensor uses two degrees of freedom that rotate at different rates while still being able to detect changes in their relative positions.

Magnetic encoders work by measuring the magnetic field that exists between a pair of magnets. As they turn, one magnet will pass near the other and induce a voltage within it. By comparing the voltage from both magnets, it is possible to determine how much rotation has occurred. The difference between the two voltages is proportional to the angle that the motor has turned since the last measurement. In order to eliminate any offset voltages that may occur due to ambient magnetic fields, a digital filter can be used after each sample is taken.

Capacitive encoders change the strength of the capacitive field through which it detects motion. Only when this analog field changes will it detect motion. This type of sensor uses a pair of coils to measure relative position by comparing the current in each coil. Because current flows in opposite directions, the direction of rotation will be detected by using an Analog-to-Digital Converter (ADC) which takes two different samples at different points. The ADC only needs to be able to take one sample per revolution, so its output can be easily scaled or reversed without too much effort.

An encoder is a device that allows for precise measurement of position or motion. Depending on the type of mechanism that it is used in, an encoder may provide for both linear movement and rotation or be able to distinguish between linear and angular rotation.

There are several technologies that can be used within an encoder to sense position or motion. The best type is typically selected based on the application and its requirements. An encoder often uses sensors with different means by which to detect both rotation and linear movement. A magnetic sensing technology may provide all of the functionality required with little effort while sensing magnetic fields, with other technologies requiring very little circuitry.