How To Deal With The 3 Biggest DevOps Security Issues 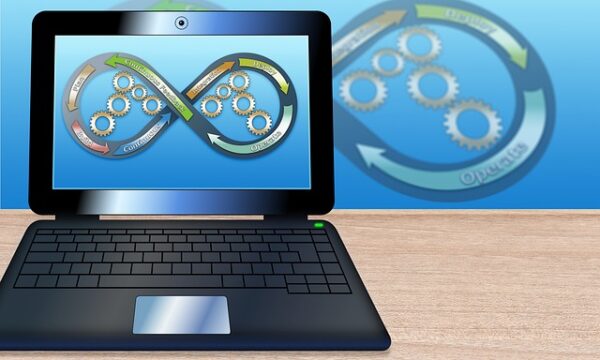 However, the intense focus on fast code releases inevitably compromises security. While development cycles have become agile, security processes have remained stuck in the past. Typically, security teams check in at predefined points in the development cycle, hampering developer teams’ ability to quickly release code.

The result is a disconnect that can prove fatal to an organization by creating common security issues. Below are three major ones, along with some advice on how enterprises can nip them in the bud.

Containerization And The Rise Of Attack Vectors

The modern development cycle relies on several resources that, left unmanaged, can be highly vulnerable from a security perspective. Engineers and the products under their development need to access information across different cloud servers, microservices and containers. In short, the modern app is a complex mix of different machines interacting together to produce output.

Because of the scale of this sprawl, this situation is a security nightmare, as machine identities outnumber human identities significantly. Identity Access Management (IAM) tools account for human ID verification through login IDs and passwords. However, they don’t guard against unauthorized machine ID access.

For instance, an expired security certificate can compromise an app, causing it to go offline. Worse, that expired certificate offers malicious actors an attack vector into a network.

Containerization makes it tough for a traditional security solution to account for machine ID access. As a result, most developers encode workarounds or other hacks to prevent security needs from slowing down their apps. Enterprises must adopt identity and secret management tools that use an API-based approach to security.

For example, Akeyless allows DevOps security stakeholders to integrate several containers and disparate systems via an API-based approach, thereby essentially automating the issuing and management of secrets. Without any need for human intervention, Akeyless generates and injects just-in-time, risk-averse, ephemeral passwords and keys to simplify machine ID verification and access.

Security teams can also use the tool to automate certificate lifecycle management, reducing the threat of an attack over expired certificates. The ability to connect to various containers in a multi-cloud environment and automates most security tasks is essential.

Traditional waterfall development methods were linear and included stages for every stakeholder. DevOps is iterative by design, and it moves at a significantly faster pace, which means that security processes need to evolve and account for agile development.

As a result of this lag, developers often view security as a hurdle to fast development. From an organizational perspective, security’s less-than-agile approach poses scheduling problems, too. The dev cycle effectively grinds to a halt when security teams review code, causing production delays.

CISOs must play an important role in redefining this picture. For starters, developers and security teams must work together to integrate security from the ground up. Most developers do not have a security background and might struggle to understand how vulnerabilities arise in code.

Thus, every sprint team must have a security function embedded within it. In line with DevOps culture, CISOs must encourage the use of tools to automate and validate code. For instance, security teams can create pre-validated code templates for developers. Once code is ready to be pushed into a new environment, developers can validate it with a tool that checks it for security.

Using Bitbucket can help various functions within the DevOps cycle collaborate and produce secure code. Project managers can schedule and coordinate tasks within release cycles while maintaining an audit trail. The result is a highly coordinated team that is always on the same page.

Enterprise apps live on the cloud these days, but most companies use a mixture of on-prem and cloud servers to manage production cycles. Cloud architecture has hugely enhanced DevOps processes, although it often poses a security risk.

For instance, most cloud service providers (CSPs) offer secret vaults to smooth machine access to code. However, these keys are controlled by the CSPs themselves, and companies have no control over how their secrets are managed.

Many CSPs use hardware security modules (HSMs) to offer cryptographic protection, and HSMs can be compromised because CSPs store keys on the company’s behalf. Thus, an organization could secure its network thoroughly, but still suffer a breach because of a vulnerability with its CSP. Given the rapid advances in malware these days, relying on a third party that operated with this model to secure network keys doesn’t necessarily make sense.

DevSecOps solutions like Copado simplify code migrations between several environments. Creating custom release pipelines is also a breeze. You can create and collaborate across all your organizations and departments, with tools for compliance and testing included.

Agile development needs agile security to ensure high-quality products. Developers currently view security as a hurdle to efficient releases due to a mismatch between development and security objectives. Integrating security into the DevOps pipeline using the tips in this article will help enterprises secure their code and deliver memorable products to their customers.

How to Protect Your Data When Booking Flights or Hotels Online?

How Can Hackers Access Your Phone Data? Latest Fraud Techniques