How To Protect Your PC From A Brute-Force Attack

What is a brute force ?  – Brute force is generally trying huge numbers of passwords until the correct one is guessed.

In other words it is a trial and error method used by application programs to decode encrypted data such as passwords or Data Encryption Standard (DES) keys, through exhaustive effort rather than employing intellectual strategies.

Reducing the effectiveness of a brute force attack :

By limiting the number of “guesses”available before the system locks the account, requiring an administrator to reset it before the user can sign in again.

The three local security polices you need to set are:

Open an Admin command prompt, like just run the cmd as an administrator  (On Windows 8.1 press Windows+X and then select Command Prompt, Admin. )

After opening the command prompt, type:

You can check your default options by typing “net accounts” in your admin command prompt. 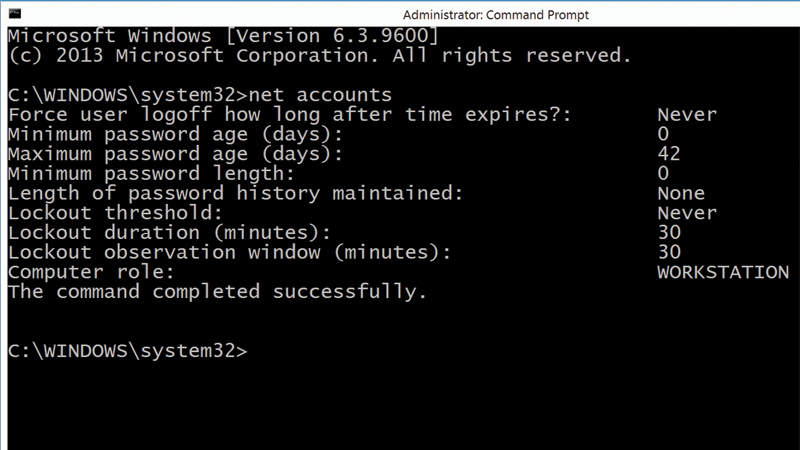 While using this policy defends against brute force attacks on passwords, it introduces another possible vulnerability, in that an attacker could cause disruption by deliberately locking multiple accounts by repeatedly trying incorrect passwords.