According to the latest reports from Mashable, over half a dozen official Twitter and Tumblr accounts of WWE and its superstars, including the one of John Cena, was hacked earlier this morning by the notorious hacker group OurMine

According to the site, the accounts which were compromised include the Twitter accounts of WWE Universe, WWE NXT, John Cena, WrestleMania, WWE Network, SummerSlam and the Tumblr page of WWE.

After hacking in, they sent out a tweet from each account stating that they were just testing the security of these accounts, and asked the WWE to contact them for more information, as can be seen in the photo below: 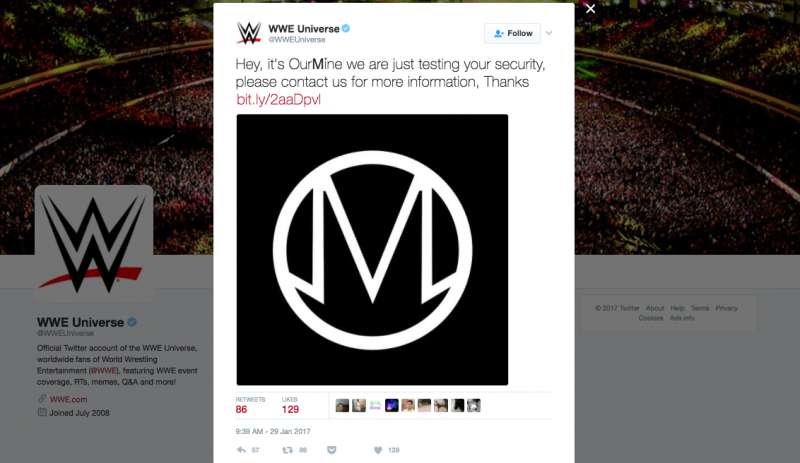 When Mashable spoke up with the representative of the hacking group, he revealed that they hacked into all the above-mentioned accounts using the account of the head of WWE Social media accounts

We just hacked it using the head of WWE social media accounts, it is linked to all of WWE Superstars’ accounts — Twitter and Facebook.”

It looks like all the hacked accounts have been recovered by WWE Officials as all the tweets made by OurMine hackers have been erased from the affected IDs. Mashable has contacted WWE for their comments on this situation, but till now they have not sent out any official reply regarding it.