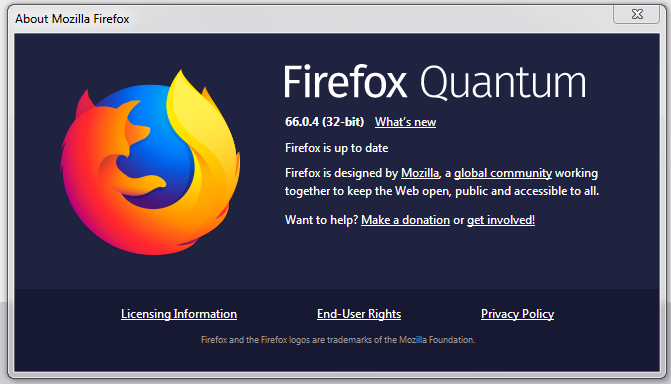 After a lot of global chaos of disabled browser extensions, Mozilla finally succeeds in releasing a fix. Reportedly, the firm has now put an end to the Firefox disabled add-ons fiasco as it rolls out the Firefox version 66.0.4. The tech giant anticipates that this update will put an end to the problem once and for all.

Mozilla has released the latest browser version to address the disabled add-ons problem. The new Firefox 66.0.4 has been rolled-out globally. Mozilla anticipates that the browser update will resolve the matter for all users around the world.

Mozilla has released the recent browser version for Firefox Desktop and Firefox for Android. Whereas, the Firefox ESR users should upgrade to the Firefox ESR 60.6.2 to receive the patch. As stated in Mozilla’s blog post addressing the whole issue,

This release repairs the certificate chain to re-enable web extensions, themes, search engines, and language packs that had been disabled (Bug 1549061).

Nonetheless, Mozilla explains that it continues to fix other problems and have only rolled-out this update to resolve the trouble quickly.

There are remaining issues that we are actively working to resolve, but we wanted to get this fix out before Monday to lessen the impact of disabled add-ons before the start of the week.

Mozilla Firefox users began complaining about disabled browser extensions on May 4, 2019. Until the next day, the disabled add-ons fiasco troubled the browser users globally. Scratching the surface revealed that the problem appeared due to the expiry of a digital certificate. Mozilla used it to verify the installed add-ons to a user’s browser. Due to this certificate expiration, Firefox could no longer verify the extensions, thus disabling them as a result.

The glitch allegedly disturbed more than 100 million users around the world. It affected almost all users of Mozilla browsers, including Firefox for Android, Firefox ESR, and TOR browser. In fact, the problem appeared even more devastating for Tor users since it disabled NoScript, causing a compromise on the browser’s security.

While the Firefox users (Desktop, Android, and Firefox ESR) shall automatically receive the latest update from May 5, 2019, anyone having troubles should manually check for browser updates to get the patch. As for the Tor users, well, they still have to wait for the fix.