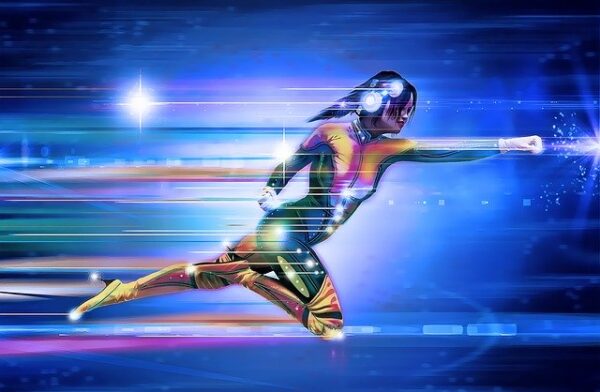 Cyber warfare is not the distant future of international wars – it’s the reality of today. Every digital tool and gadget could serve as a weapon in this warfare.

What Cyber Warfare is?

Cyber warfare is an international war, where weapons are not missiles but are computers and data storing systems. In this warfare, a state hijacks the system of another state or country for destructive purposes.

The USA imposed war on Iran, which is one of the biggest examples of cyber warfare. The USA allegedly hijacked the systems of Iran to gain access to confidential information and devised its war strategies accordingly.

What are the Targets of Cyber Warfare?

Cyber warfare has broadened its realm from hacking and misusing information for monetary gains and business supremacy to damaging national security and hacking the state`s data for creating massive destruction.

The Real Threats of Cyber Warfare in 2020?

Cyber warfare is a real threat in the current era. It is even more damaging than the physical war. This is the reason countries are now more concerned about their cybersecurity than they are worried about their military assets.

Cyber warfare is not cyber espionage, where a state spies another country just for the sake of getting insight about their policies and future strategies. It is an actual act of war, aimed at creating massive destruction. It doesn’t follow global laws and violates the regulations regarding the use of power.

Cyber attacks are usually spontaneous and unpredictable, therefore the victim is not prepared and has to bear a huge loss. Moreover, it is difficult to trace the origin of these attacks, and the host state can easily escape from the liability. These are the reasons for the smooth prevalence of cyber warfare.

What are the Types of Cyber Warfare?

The Geopolitical cyber attacks could be launched in different forms, times and stages. The most prevalent types of cyber warfare are:

DDoS is the most common act of cyber warfare. The host attacks the crucial systems of organizations with spams and overwhelms it to the point that it cannot carry out necessary operations.

DDoS is intended to bring down the systems and make its services unavailable. This may cause a huge financial loss to businesses. It can even result in massive destruction if targeted at vital systems, like military communication systems or airport controlling units.

Botnets are a malware-infected network of devices that can be used for malicious purposes by the host. The attackers use phishing emails and malware containing updates to trick the system. Once these links are accessed, the host gets charge of all the devices on the system. They can use botnets to extract important files from the system, or use it as a source of creating DDoS.

Stuxnet is one of the examples of invading systems through malware. It was launched against Iran to decline its Uranium production.

Cross-site scripting attacks are another kind of cyber warfare. The attackers use third party websites to launch the attack and make alterations in the JavaScript of the host site. When the targeted audience accesses the website, the website launches with a malicious database. This way attackers get access to all the activities on the site. They can receive cookies directly from the website and can also trace the victim`s network. Attackers can also get access to the victim`s device through the malicious script and can even control it remotely.

Attackers use different tricks and tactics to infect the servers, and SQL injection is one of them. It provides attackers with easy access to their desired information.

The cybercriminals devise malicious codes and insert them in the search bar of the SQL server. The code is designed in a way that it forces the server to give them their required data, even if it is confidential and secretive.

Cyber warfare is not going to stop in the future, even its pace is expected to accelerate. It seems like Artificial Intelligence will take over the cyber world, and might be responsible for devising more targeted and destructive cyber attacks in the future.

There are different ways of preventing cyber attacks, but the only reliable cybersecurity tool in the current era is blockchain and is expected to defend the cyber attacks in the future.

Waqas Baig is a Tech Writer having experience of 8 years in journalism, reporting and editing. In his spare time, he reads and writes about tech products including gadgets, smart watches, home security products and others. If you have story ideas, feel free to share here [email protected]