How Global Trade And Cybersecurity Are Colliding 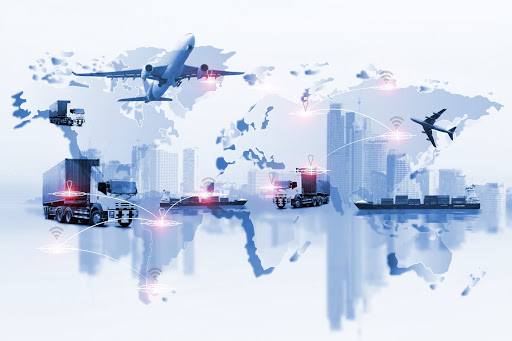 The world is changing rapidly, the old structures are being replaced with newer structures, and every country is looking for ways to grow their economies. Digitalization is changing how companies do business by improving efficiency and reach. Everyone is excited about Artificial Intelligence, the Internet of Things, smart Analytics, Big Data, and all other kinds of digital innovation but keep ignoring the looming danger of cybersecurity threats.

In 2019, the World Economic Forum ranked cyber-attacks as the fifth most significant risk that threatens the global economy. The increased dependence on technology makes it an even larger threat, especially to the bigger economies and companies. Countries like the US are becoming overly reliant on technology, and the reliance will only deepen with the Internet of Things. Critical aspects of communication, commerce, infrastructure, personal lives, industries, transportation, and even defense are tied to cyberspace.

A major cyberattack on crucial pillars of a country’s economy or the key industries could have dire repercussions. Cybersecurity has never been more critical, and its importance will only grow stronger as the overreliance deepens.

Impact Of Cybersecurity Risks On The Global Economy

In 2017, Maersk, which is the largest container shipping company in the world, was hit by the Notpetya ransomware attack. The cyberattack originated from Ukraine and slowly crept into its global operation. The attack mainly affected Maersk Line, Damco, and APM Terminals. What seemed like an unplanned reboot quickly turned into a wave of black screens. It took over 2 hours to disconnect the entire global network.

The shipping giant serves over 343 ports in over 121 countries and accounts for close to 18% of the global shipping market share. A cyberattack on its global network would have a substantial impact on global trade.

It’s estimated that the Maersk’s loading volumes dropped from about 210,000 40-foot containers to about 160,000. This was the week after the NotPetya attack, which came at a time when Maersk was trying to modernize the industry by rolling out a new digitization strategy. The attack forced Maersk to reinstall over 2,500 applications, 4,000 servers, and 45,000 PCs in an effort that took over ten days.

According to Maersk, the attack didn’t affect customer data, but due to business interruption, the global shipping giant incurred losses of up to $300 million. For such a big company, they didn’t prioritize cybersecurity, and they paid heavily. Their executives noted that the attack forced them to rethink how they handle cybersecurity.

Experts say that the effect of the ransomware attack would have been worse considering how secretive the shipping industry is. Fortunately, NotPetya was not intended to steal data; instead, it was a data-wiping weapon.

The Cost Of Cyber Attacks

The effect of NotPetya was more adverse than expected. The ransomware spread from Ukraine to countries all over the world. It brought global giants such as Maersk, Merck, FedEx, Saint-Gobain, Reckitt Benckiser, Mondelez, hospitals, and Russia’s oil company Rosneft to their knees for a few days.

It’s estimated that NotPetya was responsible for over $10 billion in cumulative damages.

2017 was an eventful year in the cybersecurity realm as companies hadn’t fully recovered from another cyberattack a month before the NotPetya attack. This attack was also involved ransomware, but instead of NotPetya, it was referred to as WannaCry.

The ransomware spread like wildfire crippling over 200,000 computers in over 150 countries. It was a fast and coordinated attack that left users’ files encrypted. The attack targeted computers in all hospitals, government systems, private companies, and even railway networks. Once a computer was infected with the ransomware, you were required to pay $300 in Bitcoin to decrypt the files.

You had three days to pay before the price doubled. Keep in mind that $300 only covers one computer. Therefore, if you had 20 computers, you had to pay $6,000 to decrypt the files. After three days, the price doubled, and if you declined to pay entirely, you would lose your data forever in 7 days.

WannaCry affected car manufacturers such as Renault, Russian government ministries, significant companies, German railway firms such as Deutsche Bahn, FedEx, hospitals in England and Scotland. Total damages were estimated to be about $4 billion, making it one of the most lethal ransomware attacks.

Everything is turning digital, and it’s becoming increasingly hard to function without the internet. Communication is easier, thanks to emails, Facebook, Twitter, Instagram, WhatsApp, Skype, etc. Transactions are easier due to Paypal, Cashapp, Payoneer, etc. Online purchases are easier, thanks to Amazon, Flipkart, Walmart, eBay, Alibaba, etc.

Economies are growing due to the ease of doing business, which is partly due to technology. A global cyberattack targeting key systems, operating systems, and companies would cripple some of these economies.

Picture a scenario when you can’t work for an entire day or week because you’re locked out of the system due to a cyber attack. Your company or business would incur losses running from hundreds of dollars to millions and some even billions.

If the same were to happen worldwide, the losses would be in the tune of $200 billion. This is due to how unprepared the world is. Everyone talks about cybersecurity, but very few implement stringent measures that would protect their systems from such attacks.

Currently, close to 50% of the world’s population is connected to the internet, and global commerce is at an all-time high. The internet has changed how people interact, transact, and purchase. It has bridged gaps between countries and improved trade across the globe. Thanks to the internet, access to information has become seamless, which has promoted global trade.

The cyberspace is shaping the global economy, and thus cybersecurity should be a major priority. Billions of dollars are lost yearly as a result of cyber threats. The US estimates that it lost over $57 billion in 2016 due to malicious cyber activity.

Technology has helped catapult small companies to global giants, but it has also brought the same companies to their knees. In a world where data is the new goldmine, cybersecurity should be prioritized. Regulators ought to increase penalties for companies that handle sensitive data but have inadequate cybersecurity measures.

Aside from climate change, cybercrime remains to be one of the biggest threats that will potentially hamper economic growth in the coming decades. Cybersecurity is necessary for sustained growth of any company and country. As the decade progresses and the threats increase, it will be interesting to watch as the public and private sectors begin to take cybersecurity seriously.

Exporting Email from Thunderbird Without Hassle