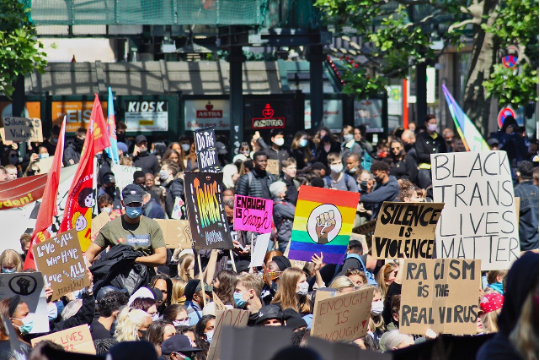 Even during a pandemic, millions of people worldwide have taken to the streets to march in protest against police brutality after killing unarmed Black citizens, like George Floyd and Breonna Taylor. Every night on social media, activists attend protests and often film the proceedings in real-time.

Unfortunately, activists can be monitored by various groups of people who have their own agendas: governments, law enforcement, extremist organizations, counter-activists, and others. There has been a rise in violent street crimes, and the sad fact is that activists need to take their security seriously and their fellow activists’.

Modern encrypted smartphones allow them to stay protected while staying in touch. Here is how.

If this sounds a little too complicated for everyday users, there is good news.

Robust Security and Functionality is Easy for Non-Tech Users

Once, operating a genuinely secure phone required technical knowledge that was beyond most users. Thankfully, modern encryption is safe enough to keep even the most talented hackers out of your phone but easy enough for activists to use without training or technical expertise.

Without industry-leading technology, it only takes minutes for an experienced hacker to crack a Gmail account. Such penetration may be all that’s required to set back an activist’s goals, or even risk their safety.

Features you’re used to, such as phones, text messages, group messages, and anonymous group messages, are available with custom-designed safety technology anyone can use. These features can all be accessed with the press of a button.

If you’re out on the street and suddenly need to photograph something or contact somebody, you can do so right away without worrying about security vulnerabilities. Activists need to respond right away and do so safely.

Activists Need to Reach the World

Industry leaders have encrypted phones available in English, Russian, French, Spanish, German and other languages. This is very important for activists, who tend to link up with people around the world out of solidarity who are facing the same or similar issues.

The best encryption providers release new updates all the time and continually add new languages to their systems.

In an age where newsrooms are shrinking, concerned citizens with a smartphone can photograph and publicize what’s happening at street-level in real-time. Activists play an important role in journalism, but they need the tools to keep safe in an increasingly hostile environment. When activists need to secure their contacts, messages, and emails, they turn to modern encryption technology.

Tricks That Will Keep Your Tech in Perfect Condition

9 Most Important Tips for Cleaning Your Mac