Why should you use Node.JS for your web application? 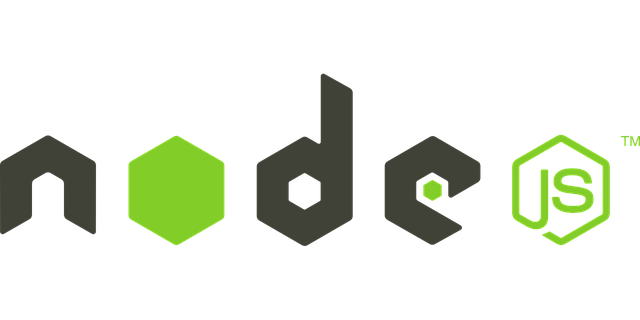 Starting with its speed and finishing with its proficiency at multi-user, real-time web applications, there are many explanations why developers (of any skill level) should use Node.js web development.

Since its inception, Node.js has attracted the interest of developers. This open source cross-platform runtime environment is written in JavaScript, making it a great fit for real-time applications. When it comes to web application creation, Node.js has a lot of features that have made it become a popular option among developers.

Node.js also helps users to build web servers and networking applications thanks to the successful use of JavaScript.

Its programs can also run on a wide range of servers, including Microsoft Windows, Mac OS X, and Unix. Furthermore, the built-in library provides enhanced functionality to programs that function as database servers.

Node.js cannot go unnoticed, but not for the purposes you would think. It has a plethora of useful alternatives, which we’ve outlined here as the top reasons to use Node.js for web application growth.

With the potential to distribute workloads through various service providers and respond to client requests, NodeJs has a lot to offer.

If you want to create complex content and read/write files on servers with ease, this is the tool for you.

The inclusion of the Node Package Manager, or NPM, in Node.js facilitates sharing. It has a repository of 50,000 packages that developers can use to build successful solutions. Developers can easily upgrade, upload, and reuse code thanks to the built-in NPM. As a result, the Node.js package manager can be defined as a reliable and consistent solution for developers.

This is where Node.js comes into play, since it can handle such an I/O operation easier, allowing users to transcode media files as they are being imported. Furthermore, reading and writing streams to WebSockets makes HTTP management easier.

Since it is backed by Google’s V8 engines, Node.js is fast. It compiles the JS code into the native device and lets it run faster than most web development services. This is why, in today’s world, every company is hiring more Node.js developers.

In reality, after implementing Node.js, both PayPal and Netflix saw significant success and cost savings.

It’s better said than done to send data between the server and client for successful synchronization.

That’s why coding javascript for the server and client separately while using Node.js for the next project makes perfect sense.

The potential of Node.js to run identical code on both client and server sides makes it an excellent alternative for Node.js developers.

In terms of libraries and functions, Node.js will improve the performance of a software project. It enables developers to write code in a consistent manner and to use a single scripting language for both server-side and client-side applications. There are more resources available to improve the productivity of a web development project.

Node.js will boost enterprise competitiveness, according to the 2018 Node.js User Survey Report. Just 4% of organisations, on the other hand, say that it has little effect.

Node.js will improve the value of your app by 48%. Organizations in the United States and Canada that have incorporated Node.js into their market model say that it has increased developer efficiency by 68 percent.

Node.js is advantageous for developers who wish to make their work easier while developing real-time apps such as messenger and gaming apps. The real-time web app is suitable for web applications that need a non-blocking and event-based api, and Node.js provides the best solution.

Web app creation with Node.js does not necessitate a large financial commitment. According to reports, companies that use Node.js web creation use less processing resources to host their websites.

Since Node.js is simpler than other programming platforms, it can save 56 percent on development costs.

It is Well-Supported by a Strong and Large Community.

Node.js has a sizable and well-supported community that is still growing. It has a wide community of developers who are involved in the platform’s continuous enhancement as a result of its success.

According to the results of the 2018 StackOverflow Developer Survey, Node.js is used by 49.9% of professional developers for its platforms, libraries, and frameworks.

There are several explanations for this, and they are all valid – Node.js is a fast way to build a web application.

Your project’s lead period will be substantially reduced if the performance is consistent.

It allows both developers and consumers to fully use the web application’s capabilities and achieve desired outcomes.

To ensure a seamless web app creation operation, make sure to hire the right Node.Js developers and set out the specifications.

Which are the games you can play on VR?