Omniscape, with its founder Robert Rice, are leading the way in combining VR and AR in ways never thought possible. He is considered an industry leader and igaming pioneer. Bitcoin SV is his platform of choice after looking at several other blockchains and taking into consideration several key factors which all make complete sense.

“There really is no choice when you compare the technical pieces, size, speed, scale, you know, cost, whatever. Probably, I could go back that far. You’d have to be an idiot in my industry to consider something else that’s not BSV” said Robert. 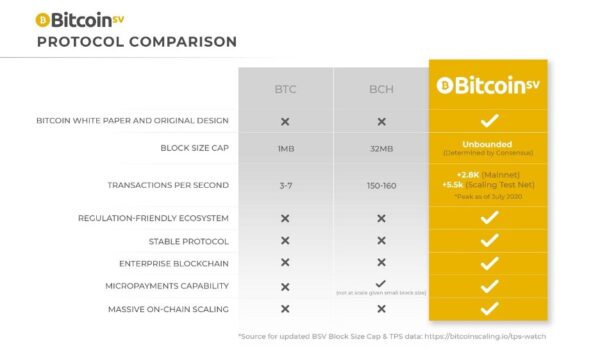 A key area of focus that is ready to launch is what he is calling digital airspace and virtual real estate. A business owner or property owner can claim the digital airspace at their geolocation for free. The owner of that space can now indicate whether they want that space to be restricted, open or even establish the type of content that can be posted in the VR/AR world.

Blockchain revenue streams can now be attached to the digital airspace, similar to what a domain name is on the internet. Someone can purchase that space for a small fee and own that for a year or two. Then a brand or content creator can pay the owner of that space to place content there. It’s a way to build a type of revenue share system that is very affordable.

Selecting locations, much like domain names can be very strategic by speculating on what areas would be most lucrative in the future. Highly populated locations including malls, universities and sporting venues would certainly be target locations. While choosing a location in remote locations might be thought of as useless, however, Robert has thought that through as well. They are considering making charitable donations to organizations that could benefit. Say for example in the middle of the Atlantic Ocean a donation could be made to Save the Whales on behalf of the owner of that digital airspace.

Find out more about Omniscape and their choice to use Bitcoin SV here:

Items Every Gamer Needs To Get To Feel Like A Pro

What is a Security Theatre and How Is...

You don’t want to miss these 7 cybersecurity...

How to generate Cryptographically secure random numbers and...

Why You Should Always Conduct Application Security Testing