Legion is a semi-automated easy to use network penetration testing framework that aids in the discovery, reconnaissance and exploitation of network systems. It was developed and maintained by GoVanguard and can be run on Linux or most preferably via a docker container. Legion is a fork of SECFORCEs Sparta tool.

Legion contains several tools in it including automated recon with NMAP, whatweb, nikto, Vulners, Hydra and more with almost 100 auto-scheduled scripts. It comes with an easy to use graphical interface that allow penetration testers to find attack vectors on hosts. Legion comes equipped with IPS evasion tools as well as automatic detection of CPEs and CVEs using Exploit-DB.

Once installed on the machine the GUI will open and you can then select hosts to add to the scope. You can add multiple hosts and select which nmap scans to run. You can also set nikto port scanning through a command line interface and set the scan to aggressive or sneaky or anything in-between. The paranoid and sneaky options allow for IPS evasion but take a while longer to probe. you can also select a “hard mode” option to send additional nmap arguments and specify port scan options. 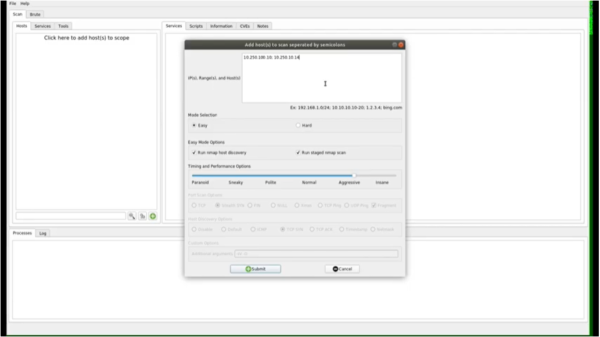 Start page for Legion. Selecting a Host to scan

After scanning the scan results allow interacting with scanned hosts. You can also target services that are running and view tools that can be used for enumeration. It has an extensive list of scripts you can run against the target and provides CVE information with links to Exploit-DB/ 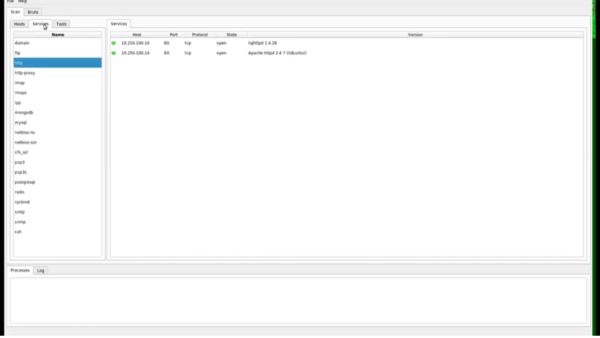 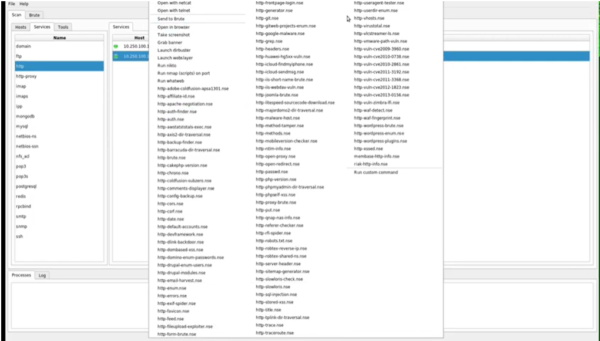 How to Install Legion

Legion can be installed on any Linux distribution by cloning the GitHub repo and making it executable. However, by using this process i was only able to run the command line scanner. The docker install was a little more intuitive and definitely requires prior experience with containers. The full install instructions can be found here

Using this tool is very helpful for penetration testing especially in the discovery phase, i like that it utilizes NMAP script scanning and has an autosave feature but installing it on my local machine was kind of a hassle and almost not worth the effort. Enterprise users may get a better result than that of an individual user that can just run the scripts from a terminal. I like this tool but the setup and configuration make it less easy to use which loses it some points, I will be awarding this tool 3 out of 5 bunnies.

I need to install