Jailbreaking iPhones is Now a Possibility 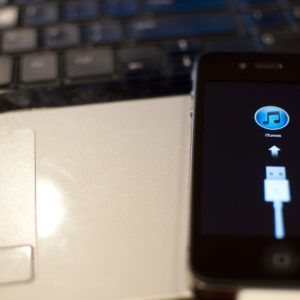 Apple’s iPhone, which is known for its top top security features, just got hacked recently by a professional bug finder called Ian Beer. Interestingly, Ian Beer is a Google’s representative who has no links to Apple.

This was possible for Ian when he, along with his team mates, manufactured a tool to hack into iPhones. This tool works on iPhone 6s, 7s and iPod 6G as per Ian Beer, which is quite a remarkable achievement.

Also, he further states that with a few added support features, the tool can work on all Apple devices and help hackers find and fix more bugs easily.

This is a huge step towards strengthening Apple’s security to even a more stronger level.

Now, let’s look at this hacking story from two sides. One, Ian Beer hacked and reported his team about his work and in return, Google extended this news to Apple so that the problem can be sorted out and it did.

This tool made by Google allows hackers to jailbreak an iPhone and fix bugs in the 11.1.2 version. Yes, that’s right. This tool can hack into the latest iOS.

What Was The Reaction?

The particular news of hacking into an iPhone created an extreme level of excitement among researchers because now, they could find bugs and report to Apple like Ian did.

This has also stirred hope among hackers and many have expressed their feelings about jailbreaking an iPhone now.

What Was The Intent Behind This?

The most obvious reason is right before our eyes. Google’s project Zero team (Ian’s team) has one aim while going through this process. To help make iPhone’s security impenetrable. Now, thanks to this invention, it most likely will be because the exploit pointed by Ian has been fixed.

Bitfinex (cryptocurrency exchange) is down due to DDoS attacks

Rickdiculously – A CTF Designed for Rick And...

John McAfee Announces $100K Bounty To Anyone Who...