$20 Million Worth of Ethereum Stolen Due to Geth Vulnerability

While hackers already hunt for ways to steal money, some vulnerabilities further allow them for successful crypto hacks. Recently, experts from Chinese cybersecurity firm Qihoo’s 360 Netlab revealed a massive theft of $20 Million worth of Ethereum by hackers. Apparently, a Geth vulnerability allowed the hackers to make this theft possible from unsafe clients.

A few months ago, 360 Netlab, a Chinese cybersecurity company, told crypto traders about how a Geth vulnerability could let hackers steal money. The issue affected port 8545 which allowed for a hacker to access Geth clients.

Someone tries to make quick money by scanning port 8545, looking for geth clients and stealing their cryptocurrency, good thing geth by default only listens on local 8545 port. So far it has only got 3.96234 Ether on its account, but hey it is free money! pic.twitter.com/YVSWlMtYGa

Now, the researchers confirm that their speculation was right. In fact, not only they confirmed the vulnerability, but they also proved its functionality. According to their recent tweet, hackers have already stolen Ethereum from unsecured Geth clients worth $20 million.

Remember this old twitter we posted? Guess how much these guys have in their wallets? Check out this wallet address https://t.co/t4qB17r97J $20,526,348.76, yes, you read it right, more then 20 Million US dollars https://t.co/SXHrdTcb6e

Geth is a famous client meant for running full Ethereum nodes that enables the users to manage them remotely through JSON-RPC interface. According to 360 Netlab, Geth by default ‘listens on port 8545’. The hackers, thus, actively look for vulnerabilities in this 8545 port to steal cryptocurrency. Usually, this port is available only locally and is not open to the external internet. Therefore, anyone having this port open publicly is a target for being hacked.

Securing Your Wallets From Hackers 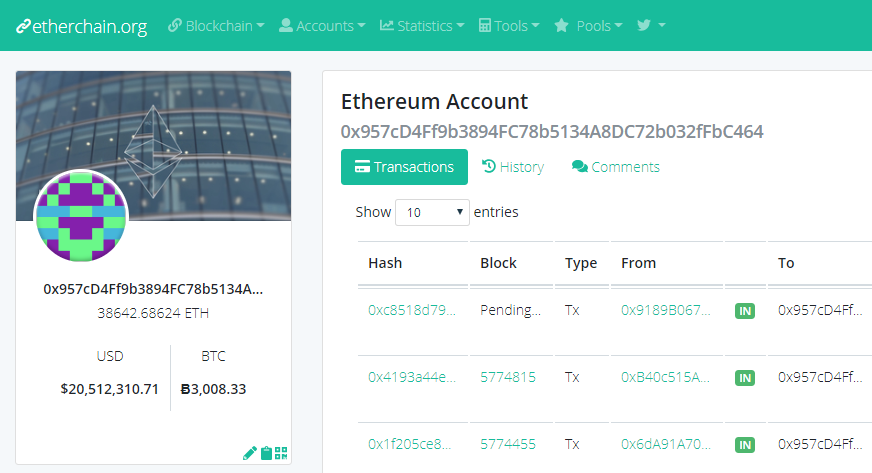 This proves that the hackers are still actively stealing money from unsecured wallets. According to 360 Netlab, you can view these addresses in the payload.

“If you’ve honeypot running on port 8545, you should be able to see the requests in the payload which has the wallet addresses. There are quite a few IPs scanning heavily on this port now.”

The researchers have also disclosed some wallet addresses that supposedly belong to hackers.

Hackers have been using the following wallet addresses (among others) to steal Ethereum from misconfigured ethereum clients. (sorry have to use screenshot due to twitter's character limit) pic.twitter.com/YDxvrD801L

Users should only connect with Geth clients from local computers. They can also enable user-authorization for remote RPC connections.