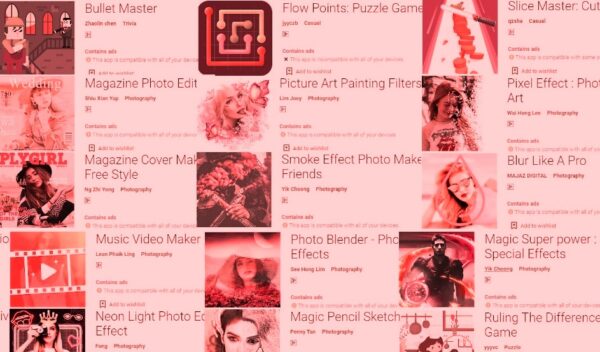 As elaborated in their blog post, the apps, after installation, delivered full-screen ads on the devices. The ads provided no viable option to the users to close, compelling them to press back or home key.

Moreover, those apps also disguised their icons to bluff the users. The following image lists all 49 adware-delivering apps. 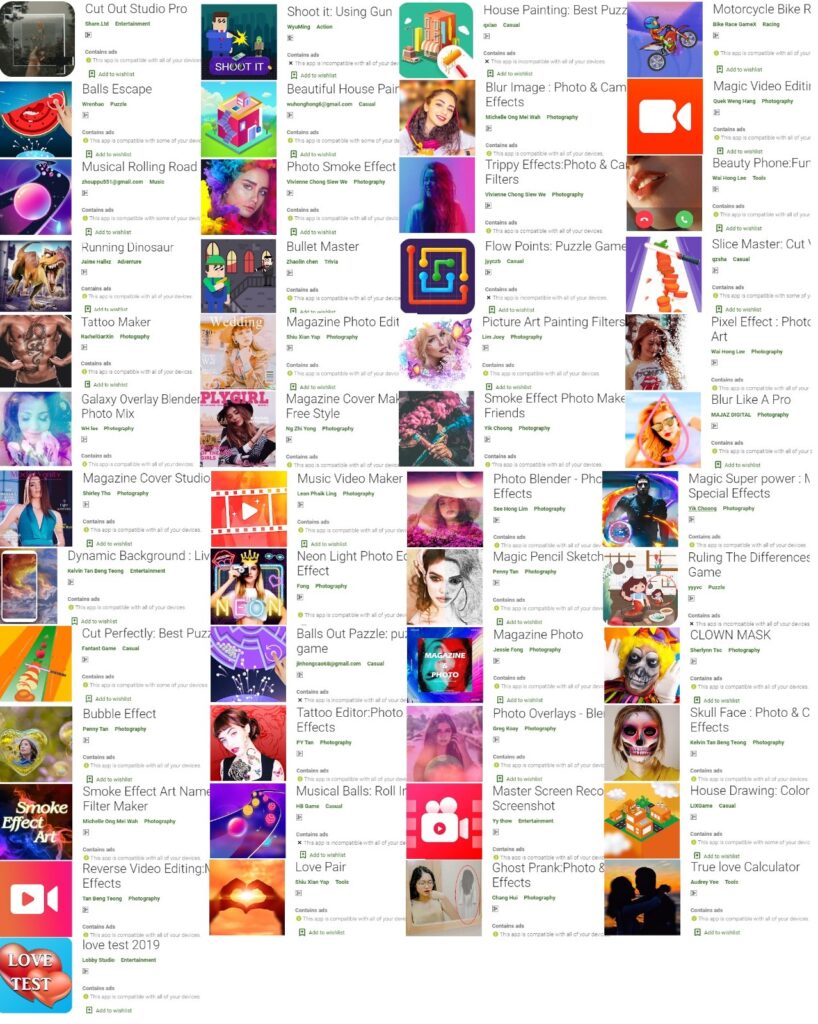 Following Trend Micro’s report, Google removed all the apps from the Play Store.

Nonetheless, the threat is not over. In fact, it seems an ongoing battle between Play Store and malicious app developers considering the wave of adware-delivering apps.

Until now, hundreds of Android applications made it to the Play Store, targeted users with malware, and eventually got removed. Nonetheless, removing these apps does not effectively end this malicious campaign. The developers are smart enough to employ various tricks to evade Google’s app vetting processes.