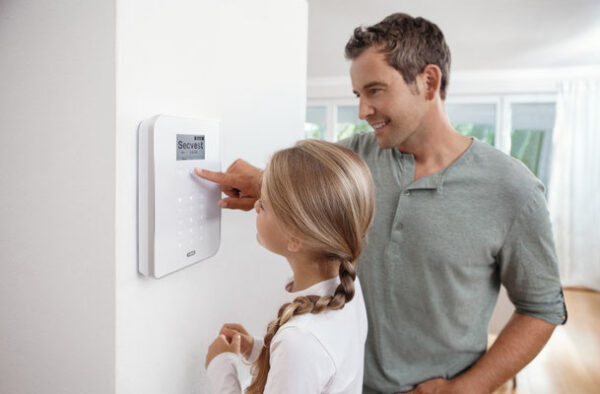 The connected home alarm systems from German security firm ABUS had a serious security issue. Researchers found a vulnerability in ABUS Secvest alarms that could allow an attacker to disable the alarm system remotely. This would potentially leave the users – homes or businesses – vulnerable to thefts.

As elaborated in their blog post, the vulnerability existed because of improper authentication of requests reaching its HTTPS interface for disabling alarms.

Though, some login requests had limitations on guessing credentials. However, exploiting other requests could let an adversary extract details about the alarm system user. As stated in the post,

Although the HTTPS request to deactivate the system requires authentication, many other requests do not. For example the sec_about_panel.cgi script can be accessed without logging in, giving a summary of the system including the number of sensors, locks etc. The sec_virtkeypad_raster.bmp file gives an attacker a live view of the alarm system screen, allowing him to see the system name and if the alarm is on or off…

Also, an attacker, without signing in, could easily test sirens, download system configuration, or extract login credentials. Having the usernames and passwords then gives the attacker complete control over the alarm system.

The downloaded configuration file would also include the password for dynamic DNS ABUS server. This poses even more threats to the victim

By taking over the dynamic DNS, we can redirect the users to our own IP address and start manipulating information. We could for example tell the app that the alarm system is active, while in reality it is turned off. Also, if the user has cameras, we could manipulate the video stream. We can now record a bit of video and play it over and over, so for the end-user, everything looks normal while we are breaking in.

The researchers found the security flaw in late 2020, following which, they reach out to ABUS. Specifically, they found the bug, CVE-2020-28973, in the Secvest FUAA50000 alarm system.

Following their report, ABUS developed a patch and released it with firmware version 3.01.21.

Despite that the patch is out, the researchers noticed only 10% of the systems running the latest firmware version. That means a vast majority of Secvest FUAA50000 alarms remain vulnerable.

Therefore, all users must ensure updating their alarm systems at the earliest to avoid potential mishaps.

This report simply adds to the growing IoT security concerns. As more and more device makers jump on this bandwagon without taking care of cybersecurity (we now have internet-connected air fryers as well), the technology is simply increasing the attack surface risking the users.

Smart tech firms should vigilantly monitor every device that connects to the internet for security flaws. Whereas, the users should also make sure to keep every gadget in their connected home up-to-date.