Hundreds of Israeli websites are being attacked by Anonymous hackers 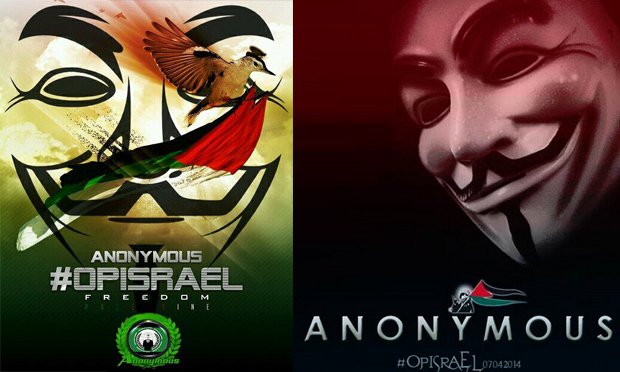 The cyberspace is heating up with cyberwar. Attacks by hacktivists are increasing in numbers and capacity. Today, on April 7, a hacking group had called for a united attack on Israel which is well under way. The operation was code-named ‘#OpIsrael’. The attack is well underway as many Israeli websites run by corporations and government came under attack. The group behind the call of attack is named as ‘Anonymous’.

“On April 7, 2014, we call upon our brothers and sisters to hack, deface, hijack, database leak, admin takeover, and DNS terminate the Israeli Cyberspace by any means necessary” the group said in a statement.

The attack was planned as a protest to Israel’s policies in besieged Palestine as is evident in the statement:

“The further assault on the people of Gaza, who have been flooded by your sewage, terrorized by your military apparatus, and left to die at the border while waiting for medical attention will NOT be tolerated anymore.”

“We will not stop until the police state becomes a free state and Palestine is free.”

The group has previously also carried out the attacks against Israel under the same code-name in November 2012 when Israel assaulted the Palestinians. In that operation more than 700 websites were taken down by the group which included websites of ministries and Israeli President’s official website.

The ‘Anonymous’ has also been joined by ‘AnonGhost’ which is a well-known hacking group that has attacked Israel’s cyberspace successfully before as well. In March, ‘AnonGhost’ had crashed the website of Israel’s Ministry of Agriculture and Rural Development and leaked the usernames and passwords online.

In response, Israeli hackers hacked and posted pro-Israeli content on OpIsrael.com, site believed to be used to carry out these attacks.