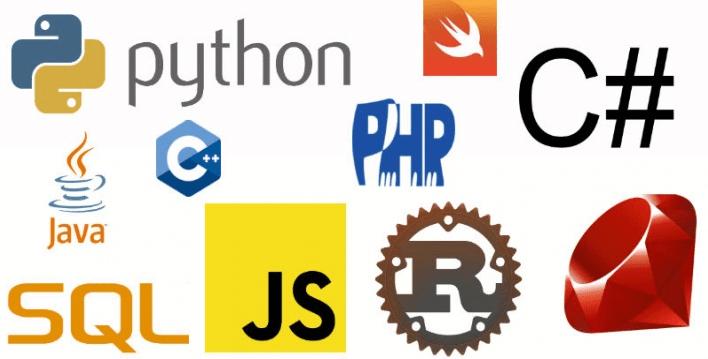 We believe there are three elements one should be knowledgable of to be a half decent hacker: Networking, Linux and Programming, the latter is the one we will be focusing on today.

There are many circumstances where knowledge in programming will be vital, especially when segregating the hackers from the script kiddies. Programming knowledge will make it easier for one to analyze code and weed out vulnerabilities to be exploited. So what programming languages should you know so as to advance your hacking skills?

C/C++: Needless to say, these are two of the most powerful languages out there. They are both used when creating software for major operating systems like Linux and Windows. As such, they can also be used to write exploits in the form of viruses, keyloggers, worms and bots.

Java: Just like C++, Java is a powerful language which can serve the same purpose. It is well known by the “write once, run anywhere” slogan, which implies it cross-platform magic. Java will be useful for anyone looking forward to creating personal hacking tools.

Python: Python is the most-loved language among hackers for good reasons. It is a high-level scripting language which is easy to learn, as well as powerful. Python scripts can be used soon after being written with no need for compilation. Python is open source, object oriented and has comes with numerous libraries to aid any hacker’s purposes. Some libraries to consider include Scrapy for web scraping, Twisted for networking and Scapy for sniffing, crafting and analyzing packets.

HTML/JavaScript: In the web hacking world, we can’t talk about JavaScript without mentioning HTML. These are the core languages of the web. HTML is a static markup language which any aspiring web hacker should know in order to comprehend web responses, logic, structure and action. With knowledge of HTML, JavaScript comes next. JavaScript is a client-side scripting language. Hate it or love it, as a web hacker, you will have to someday face it. With JS, it gets easier to identify the web application vulnerabilities, as well as perform attacks such as cross site scripting.

PHP (Hypertext Preprocessor): This server-side language is renowned in the programming and hacking world. Although hated by many, PHP is not going anywhere anytime soon. 80% of websites out there use PHP is some way. Aspiring web hackers should therefore grasp the basic concepts. PHP is used in many authentication forms, such as login and sign up forms. PHP knowledge will aid understanding of POST and GET requests, which handle parameters and how they are displayed in the URL. Of course, the various ways PHP can aid a hacker exceeds requests and forms. There’s a lot out there to be explored.

SQL (Structured Query Language): This database programming language governs the way data is stored and retrieved in a database. In this world, data is one of our most important assets which should be protected. Companies lose billions each year from tampered data. Recall the outrage which followed the Facebook — Cambridge Analytica data breach. Data is valuable and as a hacker, you should know SQL. From there, it gets easier to find and exploit database weaknesses. SQL Injections are becoming increasingly popular.

That just about sums it up. Obviously, other languages like Perl and Ruby are also popular among hackers. Assembly language also deserves to be mentioned. The above list was formed according to popularity among the hacking community. As already mentioned, there is more to hacking than just programming. But then, the right language should always be carefully selected as per the task. Also consider using hacking tools and exploring social engineering skills.

If you would like to learn to create your own hacking tools in Python, we have an amazing 90% off HERE