TheFatRat is an easy to use tool which helps in generating backdoors, system exploitation, post exploitation attacks, browser attacks, DLL files, FUD payloads against Linux, Mac OS X, Windows, and Android. It can be combined with msfvenom (Metasploit framework) which can be then utilized to utilise a reverse shell.

It offers a lot of features, but in this article, I  backdoor with msfvenom.

You can download it on Kali with the following command;

Once the download completes, change the permission of its directory using the below commands;

Now you need to navigate to its downloaded directory and run its setup file so that it will check all its dependency tools and install them as required;

After it gets started, now to create the backdoor using msfvenom, use option 1. 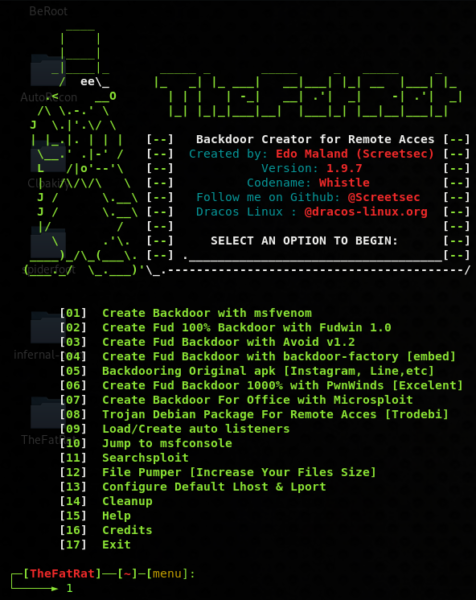 Now select your preferred operating system or payload type, I am choosing a Windows one; 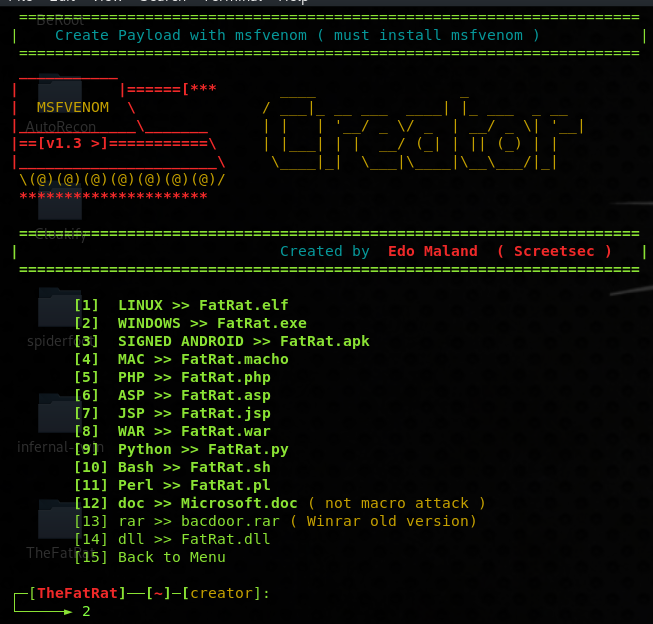 It will then ask you to set your IP address settings, name, and type of msfvenom payload, which you can set as per your requirement. 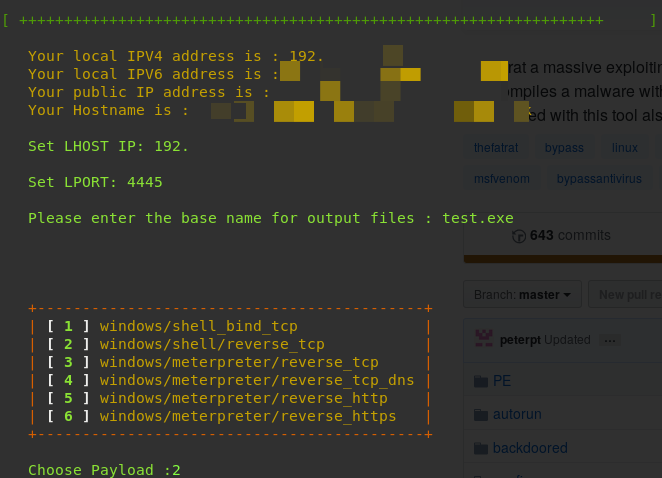 The exploit file will get created in the output directory of TheFatRat which you can then look into deploying on the test machine.

TheFatRat provides the range of a lot of features that can be utilized for many uses according to multiple situations from customizing DLLs to generating the payload for multiple types of operating systems. And its most promising feature is having the capability to generate FUD payloads. I will give it 4.5 out of 5 bunnies.